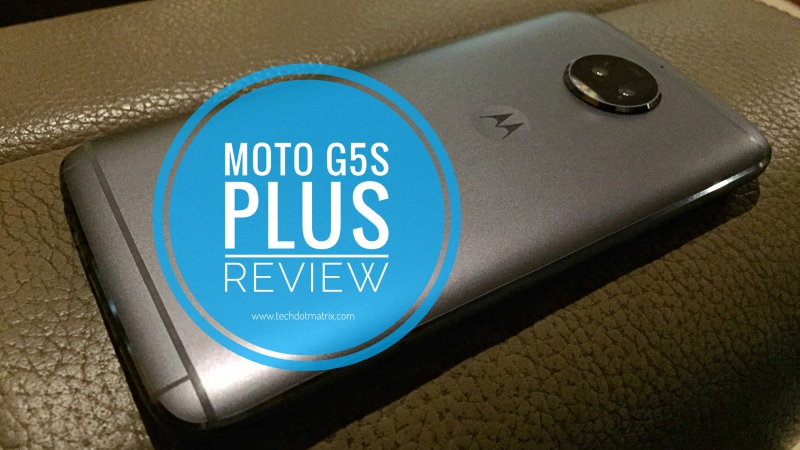 Are you here to know the Moto G5s Plus review? Let’s find it out in detail in this post. But, before getting into the details, let’s first have a look at the major Pros and Cons of Moto G5s Plus smartphone.

Though the Motorola is owned by Lenovo, there are still fans for the Lenovo-owned company who literally worship the brand. May it be the prestigious G series, E Series or the Z series, every new smartphone by the Motorola is received with both welcoming hands by the fans across the world. To keep the fans happy and stand on par with other brands in the market, the Motorola launched Moto G5S Plus although it’s been only around 6 months since the Motorola had launched the Moto G5 Plus in the G series with the only difference being the dual camera setup and a bigger display in the latest smartphone. Apart from that, almost everything else is same as in the G5 Plus smartphone.

However, this information alone is not enough for you or anyone else to decide whether the G5s Plus smartphone is meeting the expectations of the current market especially when there is tough competition from Xiaomi Mi A1. But, do not worry. Because here in this post, we will have a look at the Moto G5s Plus in very detail. Let us begin our review with the specifications first.

Shared below is the benchmark scores of Moto G5s Plus with the current competition in the market:

The Motorola has given their best in the Moto G5s Plus smartphone. And one cannot find any difference in the approach of the company towards the market as it follows the same formula of “Stock Android + Moto Apps + Upgrades” to attract the customers. On the other hand, the Moto G5s Plus is getting tough competition from the Mi A1 which is powered by the Google’s Android One program. It means that the Mi A1 will get the regular monthly updates of the Android directly from the Google without any delay.

Although there is official confirmation that the Android Oreo update will be rolled out to the Moto G5s Plus, one cannot trust the Motorola at the moment on whether the regular monthly updates will be delivered in time or not. Because that’s missing these days in the Motorola devices. Nokia smartphones around this price range are also getting the regular updates. That’s why the Lenovo owned company should seriously consider delivering the updates at least once in three months to be above or on par with the competition.

Moreover, there isn’t much difference between the Moto G5 Plus and Moto G5s Plus except the bigger display and dual camera setup. If you are an existing Moto G5 Plus user, you should consider upgrading to G5s Plus only if you need these additional features.

For tutorials on how to make your life simpler using technology, visit our TUTEZONE section