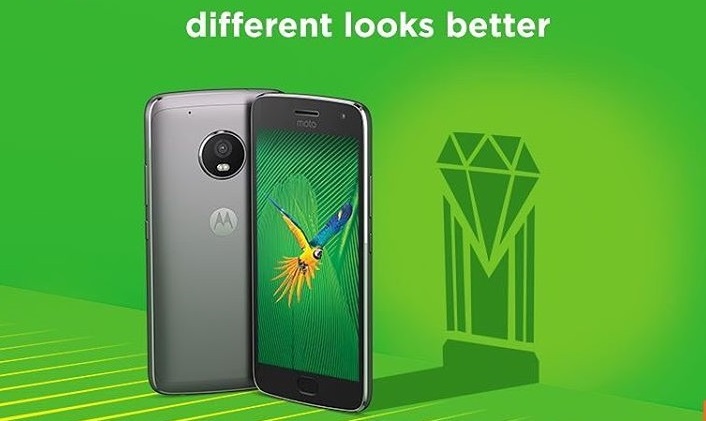 Moto G series is one of the favorite series in the world of smartphones. Every single flagship that has been launched in this series has only success stories to tell us. This series has also helped the company to give a tough competition to other smartphone makers such as Xiaomi and Samsung. The latest device in the G Series line up is Moto G5 Plus which was first seen at the Mobile World Congress 2017 in Barcelona this year. Having spent some time with the smartphone, we thought that it wouldn’t be fair if we don’t write a review on it. So, here is our review on Moto G5 Plus. Let us first begin with the specifications.

The Moto G5 Plus carries the signature look of the Moto G series smartphones. In fact, the front side looks like the upgraded version of the Moto G4 Plus. On the front you have the display panel with the fingerprint sensor below the panel while the Moto Branding, 5-megapixel front camera and ambient light sensor are located above the display panel. The menu, home and back buttons are available on the screen for navigation. While the right side houses the power or lock button and volume control buttons, the left side contains nothing. The top side is where you will find the SIM card slot and the bottom side has microUSB port and 3.5 mm audio jack.

Since we have mentioned the word USB here, let me tell you, it would have been very better if the company integrated the USB Type C connector at this price. Like front view, the back view also has got an upgrade. The smartphone boasts a complete metal body. With aluminum body, the company has made Moto G5 Plus a trendsetter while its predecessor, Moto G4 Plus was made more of plastic. The camera design on the back resembles much like the one in Moto Z. However, the company deserves applause as the Moto G5 Plus weighs only 155 grams despite sporting a metal body.

As mentioned earlier, Moto G5 Plus sports a 5.2-inch IPS LCD capacitive touchscreen display at a resolution of 1080 x 1920 pixels with 424 ppi pixel density. The display panel is protected by Corning Gorilla Glass 3 and water repellant nano coating. This setup is good enough to repel any water drops that falls on your screen besides saving you from the scratches. The company doesn’t really take pride in what we are going to say now, but you wouldn’t find any fingerprint marks left on your screen even after prolong usage. 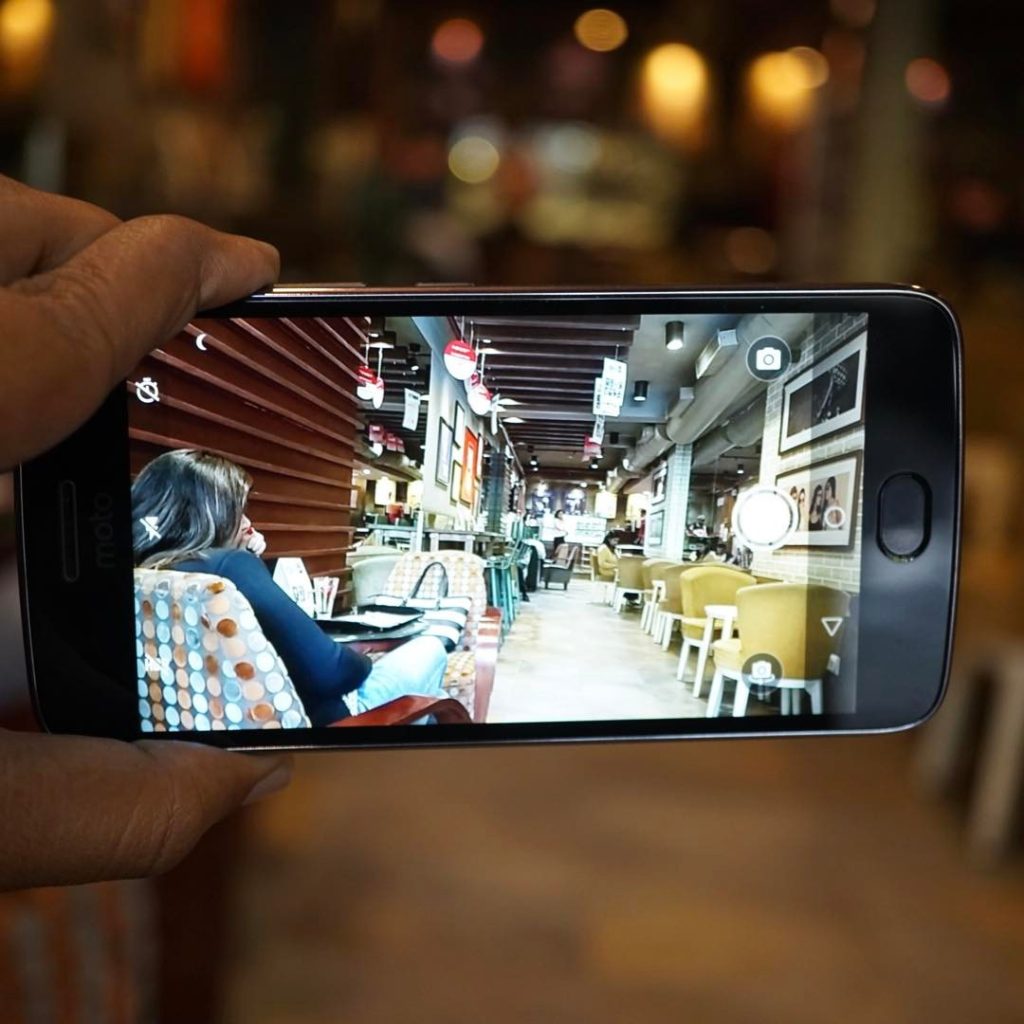 In our tests, we found the brightness levels to be satisfying. But, the Motorola could have done some serious homework in this department. Because, it was a bit hard to read the text under the direct sunlight. The viewing experience in the indoor surroundings were satisfying though.

One of the best qualities of Motorola smartphones is the availability of Android in the purest form possible. The company is known for delivering stock Android in all its devices. In Moto G5 Plus, we have the latest version of Android operating system, Nougat which comes with latest features such as the split screen view. Just like in its predecessors, you will be able to control the G5 Plus with certain gestures. For example, you can flip for do not disturb, twist for quick capture and chop twice for flashlight. You can also rely on fingerprint sensor to activate such gestures.

Although the UI looks much like the stock Android, we will have a quick summary on it. The lockscreen will display the notifications, time and date besides allowing you to launch Google Now and camera from the bottom corners of the screen. When you swipe right on the homescreen, you will get access to the Google Now cards. Unlike other brands, you would not find any bloatware apps in the Moto devices and Moto G5 Plus is no exception in this regard. The smartphone doesn’t come with any unnecessary pre-installed apps. The additional apps that you would notice is the File Manager app, the Duo Messenger app and FM Radio app which will allow you to play even without the headphones.

Moto G5 Plus relies on an Octa-core Qualcomm MSM8953 Snapdragon 625 with Adreno 506. This is paired up with 4 GB RAM to provide you the one of the best experiences in the current market. That being said, the RAM that is added depends on the number of bucks you spend from the pocket. Its rival smartphones such as Redmi Note 4 also packs the same processor, but we found the performance to be better in the Moto G5 Plus since the mobile comes with pure stock Android. The gaming experience was also better. We didn’t face any lagging issues while launching high-end games such as Asphalt 8 and Real Racing 3. There were also no frame droppings, all thanks to the Adreno 506 which works like a charm. 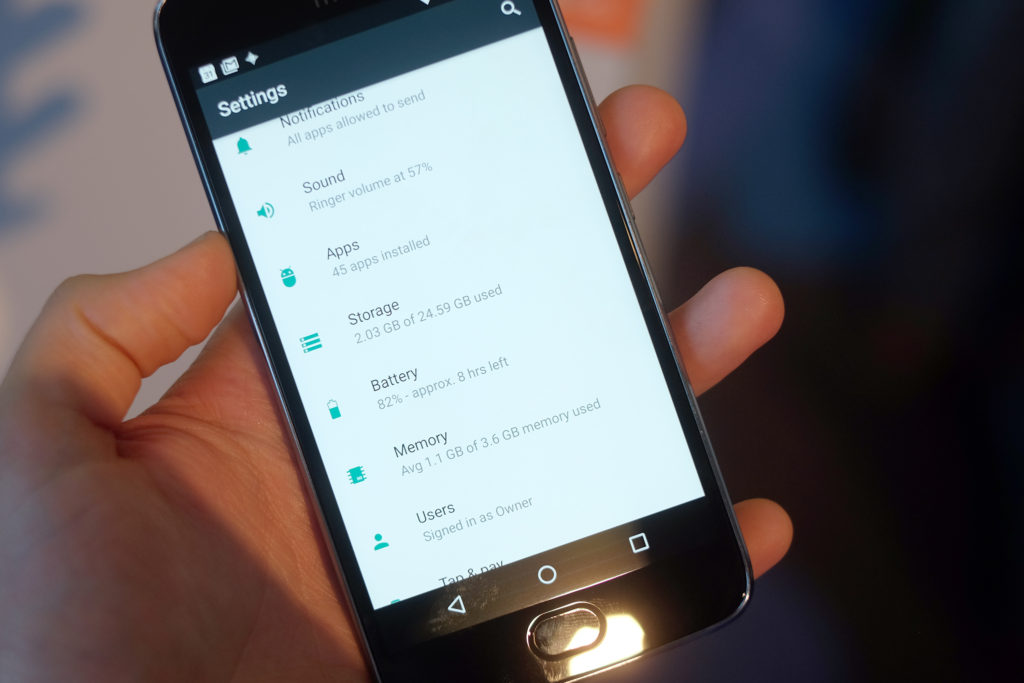 We didn’t face any multi-tasking issues and the split-screen view mode was working awesome in our tests.

When compared to Redmi Note 4 which packs a 4100 mAh battery, the Moto G5 Plus sports a 3000 mAh battery which will last almost a day on heavy usage. However, the presence of Turbo Charger will save you from those worries.

The output in the loudspeaker is okay in Moto G5 Plus. However, for more details, you will have to plug in your earphones. Do not expect the earphones which you get within the box to make wonders. You will have to own a very good high-quality third party earphones for a better audio experience. After using the smartphone for a while, all I can say about the audio experience is that you will have to make some sacrifices with Moto G5 Plus if you are an audiophile. On the other hand, the video watching experience was worth a treat to our eyes on this 5.2-inch full HD display.

Moto G5 Plus has 12-megapixel primary camera with autofocus, dual-LED flash, autofocus, f/1.7 aperture and 5-megapixel front-camera with f/2.2 aperture. The primary camera also supports 4K Video recording. In fact, it is clear that the company has made a few upgrades in terms of quality of the captured images.

But, you cannot call them amazing. We were able to click some good photos in the daylight and there was noise in the captured images in low light conditions. However, you can take some great photographs with stunning bokeh effects, all thanks to the f/1.7 aperture.

Moto G Series is known for attracting customers who are interested in budget smartphones with high specifications. However, we don’t see much hype for Moto G5 Plus as it had occurred for its predecessor, Moto G4 Plus. It’s not that the smartphone is lacking features, but there isn’t anything great under the sleeves of G5 Plus to call it as a unique smartphone. Only the Moto Fans will be delighted to have the metal body in the latest flagship in the G series. If you don’t mind having custom Android, Xiaomi Redmi Note 4 is a better option than Moto G5 Plus. For those of you who want to stick only with the stock Android, you can go ahead and buy Moto G5 Plus.