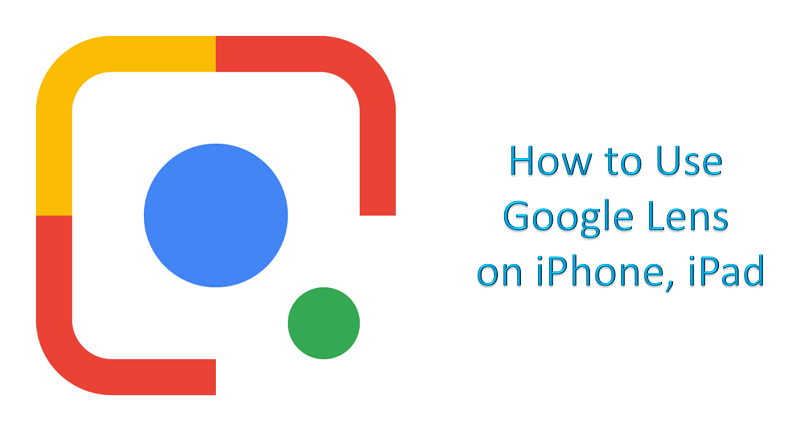 The Google Lens was officially launched on October 4, 2017, while at the time of launch, this app was restricted to only Google Pixel devices. Later on March 5, 2018 Google started rolling out Google Lens to Google Photos on non-pixel devices for both Android and iOS. For Android smartphone users there is a separate app called Google Lens. But, if you are an iPhone or iPad user you either need Google Photos app or Google app installed on your iPhone or iPad because iOS does not have an official Google Lens app, and there is no need to download any third party app for this as well.

In a recent update, Google has added the Google Lens icon directly into the search bar of the Google app. So, in this article we have shared the steps on how to use Google Lens feature on your iPhone and iPad using both Google Photos and Google App.

Before, we see the steps you need to download both Google Photos and Google App from Apple App store.

How to use Google Lens on iPhone using Google Photos

How to use Google Lens on iPhone using Google App

Google is trying to make our life simpler through its apps across the platforms. You can also scan Barcodes and QR Codes using the Google Lens. All you need to do is just to launch the Google Assistant by long pressing the home button or saying “OK Google” and then tap on the Google Lens icon.