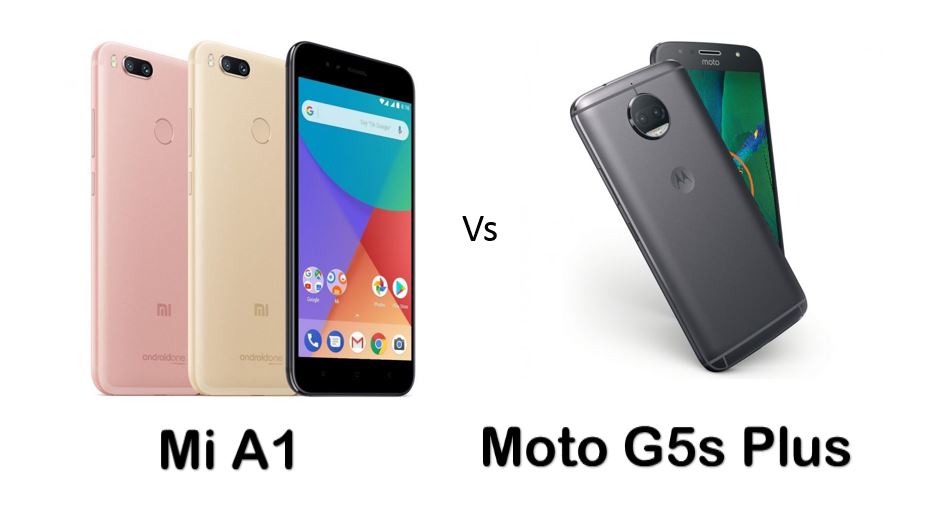 A tough competition is going on between Mi A1 and Moto G5S Plus in the current market. Both the smartphones sport almost the same specifications, that’s why from the user’s perspective, it could be tough for you to choose the best between these two smartphones. Truth be told, there is no best between them, because it all depends on your requirement. To help you take a good decision, we have come up with our Top Mi A1 Vs Moto G5S Plus comparisons which must help you to take a better decision.

Mi A1 Vs Moto G5S Plus (Top Comparisons)

The Mi A1 and Moto G5S Plus satisfy the customers in terms of design equally. The manufacturers have done justice by integrating a top-notch design in both the smartphones.

Both Mi A1 and Moto G5s Plus devices produce the same sound output in the loudspeaker. But, the sound in Mi A1 is louder and so if you are a person who plays a lot of soundtracks on speaker, you should choose the Mi A1 smartphone.

The audio output in Mi A1 is one of the best in the current market. In fact, the sound quality is better than in even the premium smartphones. In terms of audio output via headphones, Mi A1 produces better sound than the Moto G5s Plus smartphone.

Both the Mi A1 and Moto G5s Plus smartphones share almost the same specifications. For instance, both of them sport the same processors and RAM capacities. They are also packed with dual cameras, but we will talk much about it in the camera section of this post.

On a typical day, you can expect both the Mi A1 and G5s Plus smartphones to last until the end, but the Mi A1 lasts more than the G5s Plus smartphone, all thanks to the pure Stock Android from the Google for that. Still, it would be better if you can always carry an adapter or a power bank as a backup.

Moto G5s Plus and Mi A1 deliver the same gaming experiences.

Moto G5s Plus supports fast charging, but the Mi A1 does not. Although the Mi A1 also sports the same processor, it is surprising whether why the Xiaomi has not added the support for fast charging in Mi A1 smartphone.

Sadly, the Mi A1 does not come with NFC support and FM Radio.

Final verdict on Mi A1 Vs Moto G5s Plus

As mentioned in the introduction of this post, both the smartphones are better and it all depends on your requirement. For instance, if you are a physical LED notification lover, you should go ahead and choose the Mi A1 and same is with the audio quality, the Mi A1 works like a charm to produce world-class sound output. The Moto G5s Plus is also better in all the other ways, and you should love it for the inbuilt apps such as Moto Actions and Moto Display apps for letting you use the smartphone in a whole another way.

We hope this post will clear all the doubts of you and help you to take a good decision. However, let us know your decision and views by commenting in the comments section below. We’d love to hear about it from you.

You might also like our TUTEZONE section that contains exclusive articles on how you can improve your life using technology. Trust me, you will be glad that you’ve paid a visit there.