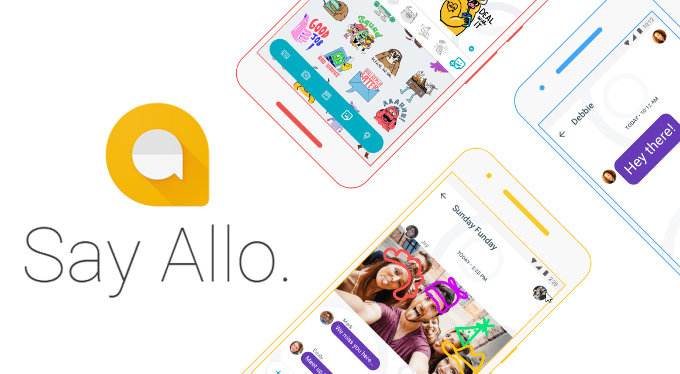 Google launched its much anticipated app of the year, Google Allo last week. Though a few such as Edward Snowden expressed their concerns on the privacy in the app, it has not stopped the people from installing the app in their Smartphones, the latest news says that. Yes, Google Allo has crossed 1 Million downloads in the PlayStore and is ahead of other popular messaging apps such as Facebook Messenger in the list of Top Free apps in PlayStore.

So, don’t wonder if Google Allo surpasses the leading messaging service, WhatsApp in the next few weeks. In fact, the former is better than latter in many ways. It has Google Assistant, a voice assistant chat bot that will help you find answers for almost anything within the chats. Then there’s Smart Replys, Exciting Stickers and much more.

One can also not deny the fact that hype surrounding the app has also helped it to achieve this benchmark. Ever since the announcement of Google Allo at the Google I/O 2016 this year, every single news surrounding the app was spread widely from classrooms to newsrooms. Its video counterpart app, Google Duo on the other hand crossed 5 million download mark within 10 days after the launch. We can expect the total count of Google Allo to be between 1 million and 5 million as the company has not taken the number of downloads in the iOS platform into account.

Messaging services has been evolving over the past few years. Google Allo is the current app with all the latest features and therefore it is certainly a big miss if it is not installed in your Smartphone. Let us know your views on the Google Allo app in the comments section below. We’d love to hear about it from you.