All these years, the Mobile World Congress has been a platform which provided the leading Organizations to show off their latest innovative products. This year MWC 2016 event is scheduled to begin a week later from now on February 22 and will go on till February 25 in Barcelona. And all thanks to the exciting news on the latest technologies that always emerge from the Mobile World Congress, the event is all about Goosebumps for the technology lovers and gadget geeks.

As usual, a few exciting announcements have already been made ahead of the MWC 2016 by companies like LG. However, in this post we will give you a clear picture on what this year’s event is all about.

The list of keynote speakers in the official website of MWC 2016 boasts leaders from different fields such as Lewis Hamilton, Formula One racing driver and Mark Zuckerberg, the founder and CEO of Facebook. So, in addition to the thrilling announcements, we can assume a lot of fascinating thoughts as well to be discussed at the conference.

As mentioned earlier, the companies have already made a few announcements ahead of the event. For instance, the LG has announced that its upcoming flagship LG G5 will sport an “always on” display function besides the touch-enabled Quick Cover case using which you can answer the calls in a single swipe without actually having to open the cover case.

Lenovo is also expected to unveil a new smartphone at the event. The company has just announced in its official account in Twitter, “A gorgeous new device has been engineered from scratch to deliver the #Knockout punch. Brace yourselves.”

Samsung might also launch their much prestigious Samsung Galaxy S7 and Galaxy S7 Edge and is expected to coincide with the unveiling of LG G5 on the same day.

If you haven’t registered for the MWC 2016 yet, do not bother thinking as the registrations are still open. However, we will keep you updated on the new happenings throughout the event. 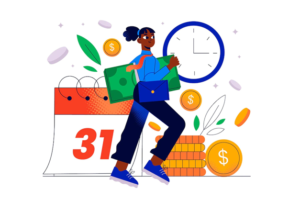