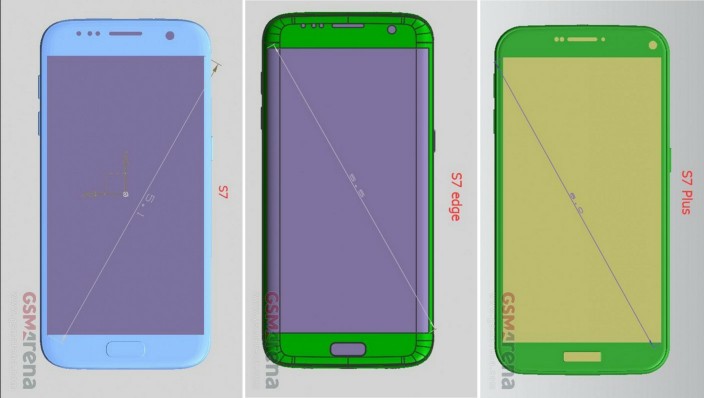 Thanks to the rumors let us do the Samsung Galaxy size comparison, because Galaxy S7, Samsung’s new baby in the Galaxy family is one of the most awaited device in the gadget world.

The devices would sport a 4K display and may or may not have an iris scanner. Using an iris scanner, all you need to do is just look at the device to unlock it and it’d be cool and make the device so special if this feature is available. The device will be launched ahead of the World Mobile Congress by the end of February, 2016.

Rumor is that there would be two larger Plus devices instead of one Galaxy S7 plus which would be the enhanced versions of both the Galaxy S7 and the Galaxy Edge. There are also also rumors that Magnesium alloy will be used for the internal structure and the exterior cover of the device.

Every week has been beginning or ending with a rumor or report about Samsung Galaxy S7 for the past few weeks. And it seems like we will have to wait till the launch of the mobile to get every true detail of the device.

Available on Amazon and Flipkart: