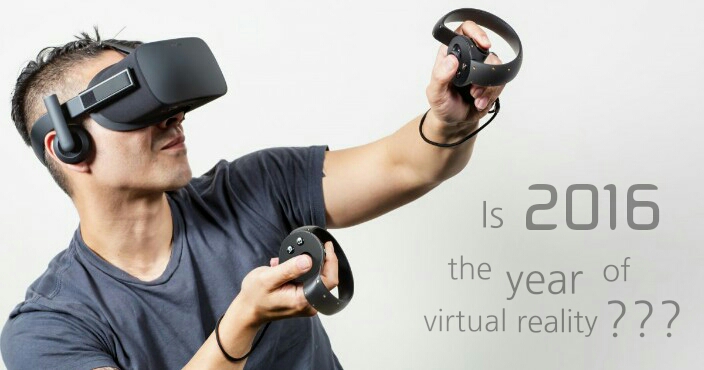 It is certain that Virtual Reality is going to rule for the next few years as the recent ventures in the area of Virtual Reality by the companies like Google and Samsung dazzled the techy world with a boom.

Alphabet’s Google Cardboard and Samsung’s Gear VR are already doing rounds in the market and the response is immense. And if all goes well, the year 2016 might turn out to be an important year in the history of Virtual Reality as three big guns (Sony, HTC and Facebook) have slated the launch of their respective VR devices in 2016.

Though the exact price and the release date of the Sony’s PlayStation VR haven’t been announced yet, it stands atop in the list of most awaited VR devices. It is powered by the PS4, and has a 5.7″ 1080 OLED display, a 100-degree field of view, at a 120Hz refresh rate. One of its coolest features is that it lets others to watch the game play on a social screen using HDMI output while the main player uses the VR device.

Oculus Rift, Facebook’s VR baby is all slated to make its debut in the first quarter of 2016. It is powered by 1080×1200 per eye display at a refresh rate of 90Hz. Integrated headphones with 3D audio effects adds much beauty to the device. The ‘development kits’ of Oculus Rift, DK1 and DK2 which were released in 2012 and 2014 were sold out on a large scale as people were so anxious to get their hands first on the new device.

On the other hand, HTC Vive sports an aspect ratio of 9:5 unlike the other headsets that offers the standard 16:9 aspect ratio. One of the key functions that makes this device special is ‘Motion Tracking’ that is powered by wireless infrared cameras and 37 sensors. Accelerometer, Laser Position Sensor and Gyrosensor work in conjunction to track the position of your head. It is official that the launch date of HTC Vive is set for April 2016.

And therefore 2016 is definitely going to make the gamers happy as the virtual reality is round the corner at an affordable price.