The simplicity of this number system makes it ideal to be used in logic systems and circuitry. There are many contributors to advance binary language which is being used in the modern era. The binary number system enables computers to process swiftly, which won’t be possible otherwise.

The credit for shaping modern binary code which is based on the binary number system goes to a German logician and mathematician Gottfried Leibniz. He is more famous because of his work in calculus. However, he has also done an excellent job with the introduction of the modern binary number system. He took inspiration from the ancient Chinese transcript ‘I Ching’ and further worked on it and discussed it in his article or transcript named “Explication de l’Arithmétique Binaire”. The title of this article means “Explanation of Binary Arithmetic” in English.

Another popular contributor to the advancement of binary language or code was British Mathematician George Boole. He published a paper in the middle of the 19th century with the title “The mathematical analysis of logic” that describes logic in terms of algebra. It was the foundation of Boolean algebra used to explain logic and circuits theoretically.

The algebraic system proposed by George Boole was primarily based on the binary system. It gave expressions to definitive states like yes & no and on & off. He also discussed some basic operations like AND, OR, and NOT. These operations are the essential parts of algebra, and further operations in Boolean algebra are derived from the combinations of these operations.

The Boolean algebraic system went unnoticed until a student from the Massachusetts Institute of Technology, which is an esteemed institution, noticed that the Boolean algebra being studied was a lot similar to electric circuits. He discussed this in his thesis in 1937. This was the point when the use of binary code became inevitable in multiple practical applications like computer technology, electric circuits, and various other real-life applications.

Binary language based on the binary number system is finding its use in multiple places. Here are some applications of Binary code:

As we all know, machine language is directly interpreted by the hardware of computer systems and smart appliances. It is also considered the lowest and most basic level of programming languages. It was used to program the computers in the initial years. It is usually written in the form of hexadecimal combinations of binary digits or bits.

ASCII stands for American Standard Code for Information Interchange was introduced in 1963. This code specified the method for electronic devices to display various characters, including upper case and lower case alphabets of English, numbers, and punctuation symbols. This code was based on strings of 7 bits initially but with a further extension in ASCII code, the length of strings was set to 8 bits.

This extension was due to the addition of characters from foreign languages in the ASCII code. If you have to define ‘Null’ in ASCII code, you will represent it by 00000000 string of bits.

It is the advanced code for the representation of symbols on the computer and it has replaced ASCII. It assigns a specific bit sequence to each existing Unicode character. As the number of symbols and figures used in computer systems for the sake of information. There are different languages and regions with their own character encoding systems. UTF-8 is supposed to combine all these encoding systems under one code. Therefore, international communities working towards internet standards, W3C, and Engineering Task Force are working on binding all encoding systems together.

The binary number system is also used in assigning Internet Protocols and IPs. Binary numbers are the basic building block of the IP addressing system. IPs are generated using binary numbers. There are two further types of IPs. These types are IPv4 and IPv6.

These IPs are further categorized into various classes and categories. These classes are denoted as A, B, and C. Each level represents a different number of hosts and network addresses.

The binary system is also used in the circuitry of networking systems, computers, and smart appliances. As machines and circuits are controlled using electric pulse, they only recognize two types of signals or states which are on and off.

Computers, for example, make calculations based on electric pulses and flipping switches. There is the implementation of Boolean algebra behind these switches, which enables computers to understand the initial inputs and work on the processes to give desired outputs.

In circuits, if a system of 5v is implemented, voltage lesser than 5v means no or off, while more than 5v would be considered as yes and on. This is how the hardware of machines and smart systems get signals for operations.

The world these days gives more importance to visual data like images than written data. The visual data we see on computer displays also work hand in hand with the binary number system. Here is how!

Binary numbers or bits are used in the encoding of visual data or images. A dedicated binary line is used to give instructions to each pixel. If an image is being displayed on a 16-bit screen, then each pixel would be instructed with specific instructions encoded in terms of bits regarding which color should be displayed through that pixel. Salient colors of various pixels combine to make a meaningful image on the screen.

As the screen is 16-bits, it would make 2^16 combinations of colors. This number means there could be possibly more than 65 thousand outcomes. The binary number system controls the pixels.

Also Read: Programming Languages that are in demand in the IT companies

The benefits of binary code or language are written as follows:

A binary translator allows you to interpret binary codes by converting them to the desired output. You can use this binary code translator for various purposes. You can convert binary to ASCII using this tool.

You can also use it to understand the meaning of extended binary expressions used in computers to represent a string of information. By using the binary code translator tool, you can simply translate binary into the English language.

You can also use the binary translator for the conversion of binary to text, which would enable you to understand the representation of various symbols like numbers and punctuation symbols.

These binary translator tools are easily available on the internet. Any user can access them to get basic knowledge about binary language or binary code. It would enable you to understand the representation of basic characters in binary code.

Starting an online side hustle? Saving time (and money) is key. Tips to get your side hustle off the ground 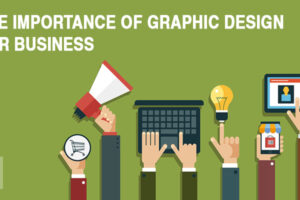 Why Is Graphic Design Important for Any Business?