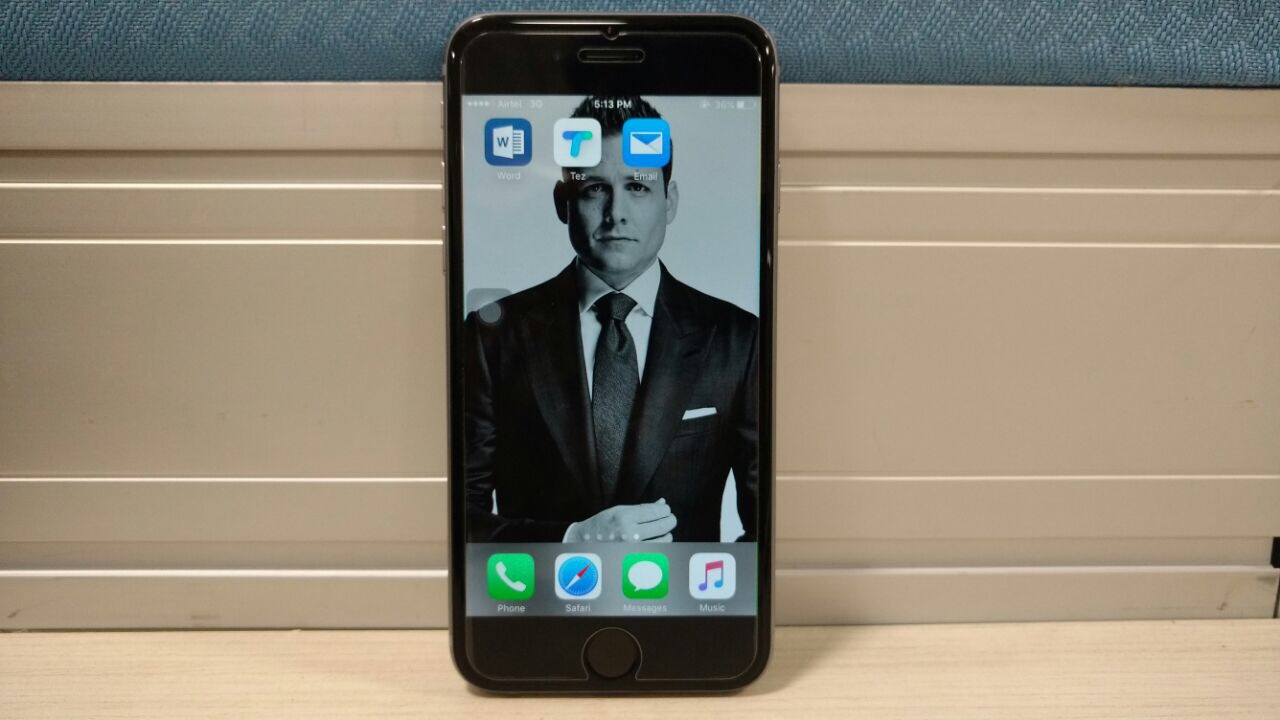 Apple recently acknowledged the slowing down of its old iPhones like iPhone 6 and later devices which were launched more than an year ago. The company has also added an explanatory article on its official website on how the iPhone batteries degrade over time. The Apple also says in the article that it never intended to affect the performance of the iPhone. In the wake of all these events, one of the questions that pops up in any middle class person who loves to have an Apple gadget is “Is iPhone 6 worth in 2018?”

Though I am writing this article here in India, the iPhone 6 is available across the world at a lower price. I myself got the gadget for a discounted deal from Amazon during its Great Indian sale for around 21000 Indian Rupees. For me, I still feel that it was worth buying the iPhone 6 though there are some moments where I hated for having spent money on it. However, I am going to describe on whether iPhone 6 is worth buying in an unbiased way so that you can take a decision on whether you want to buy the smartphone or not.

Let’s discuss on our subject by dividing it into major sections beginning with its design. 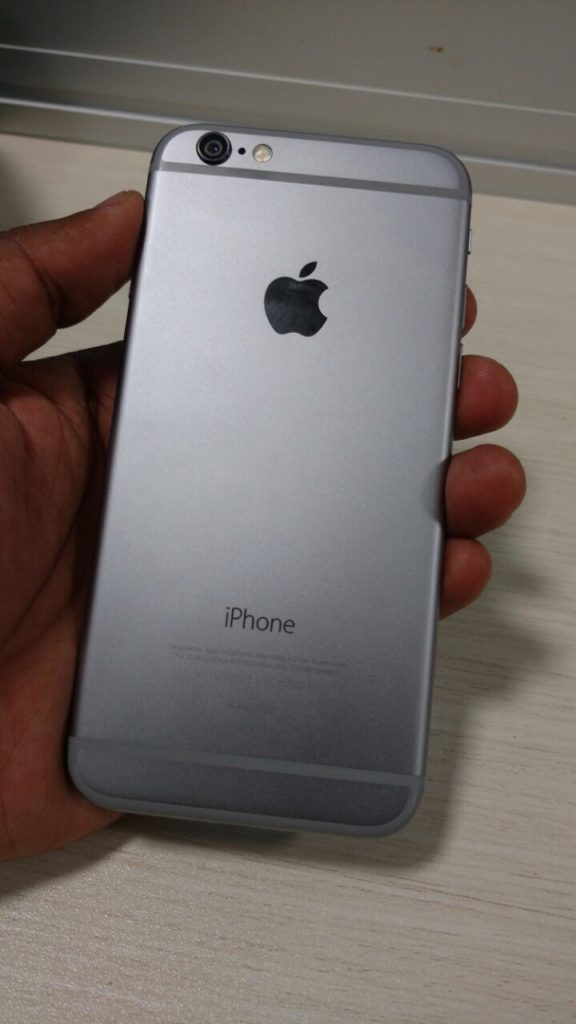 Anybody who would see the iPhone 6 in your hands would feel, “oh yeah Apple product huh?” If the other person is dumb, you can show off as if you have bought iPhone 7 as the only major difference between the former and latter in terms of design is that the iPhone 6 contains antenna bands on its back. I got the space gray version and it is more stylish with a case on it. Here’s a tip for you. In case if you would ever upgrade the phone later to iPhone 7, you can continue to use the same case and it will fit perfectly. 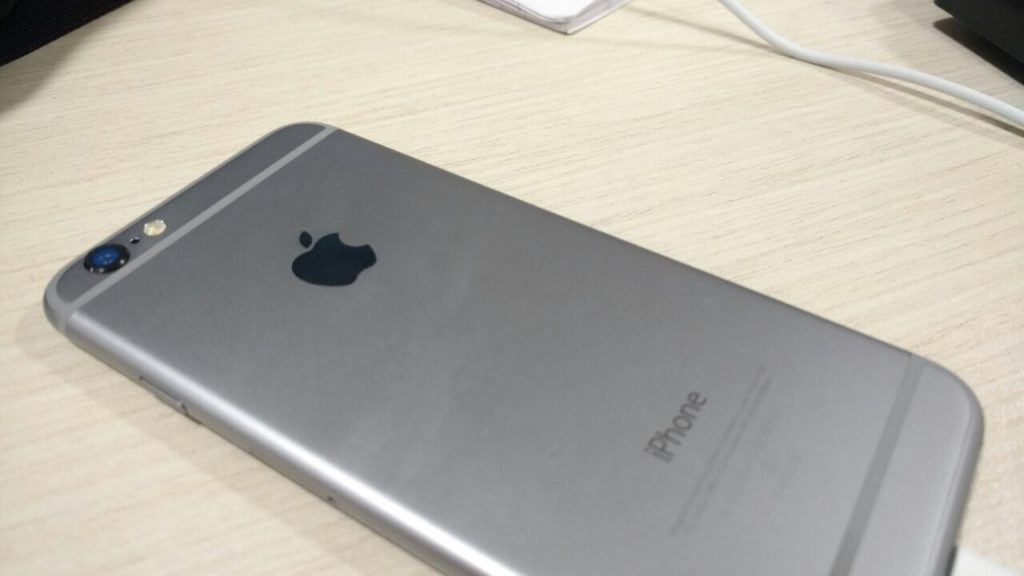 For those of you who want to show off that you own an Apple smartphone, you should just go and buy the iPhone 6, because you’d also get to show the latest iOS 11 in it eventually.

When I got the iPhone 6 handset, the mobile was shipped with the iOS 10 in it and today while I am writing this post, the smartphone is running the latest iOS 11 with version number 11.2.1. The iOS 11 installed on iPhone 6 is more like an Ant carrying food more than its weight. There is more lagging and the apps take a few seconds to load. Comparitively, the apps load fast in other budget smartphones like Redmi Note 4 which comes at half the price of iPhone 6 in the market, but again with a few sacrifices though.

I am not much of a gamer, but I can assure you that the battery would drain much fast while playing even the casual games on iPhone 6. Being a photographer, I use several editing applications to edit my clicks and the smartphone gets heated on its back near the camera region during such moments. It doesn’t happen always though.

I now want you to imagine how a water would get emptied from a bottle when you’d place it upside down. That is more or less exactly the same pace at which the battery in iPhone 6 also gets drained if it is running on the latest iOS 11 version. This shouldn’t bother you if you have a powerbank. The battery again would drain only if you are using the smartphone. The standby time in iPhone 6 is one of the best in the market. It means that if you don’t use the smartphone at all, the charge would remain the same even after several hours. Apple’s iPhone battery replacement at $29 is currently available. Since, Apple apologizes for not being transparent with the customers on slowing down the performance of the older iPhones.

For others, if you still want to purchase the iPhone 6, please be aware of these sacrifices I’ve mentioned in this section. And also place an order for a powerbank along with iPhone 6.

For many, the camera is a deciding factor to buy a smartphone today. Here in this post, we are talking about a camera which Apple launched 4 years ago. Without any surprise, the camera meets the standards even now, but it lacks several important features such as portrait mode which is available even on budget mobiles like Mi A1 and Moto G5S Plus.

The front camera is only 1.2 MP, that’s why even if your selfies would look brighter, the images would be more grainy. The rear camera on the other hand is of 8 MP and you can take good photos in broad daylight. I found the camera struggling in the low light conditions.

The camera on iPhone 6 is still good, but, if you would consider only the camera and not anything else from a purchasing point of view, you shouldn’t spend more than 12000 for this smartphone. One of the biggest mistakes I did as a photographer is buying iPhone 6 for more than 20000 in 2017. I could have bought a prime lens instead.

The display on iPhone 6 is brighter and it allows you to view the content very clearly even under broad daylight. The brightness adjusts automatically across brighter and low-light conditions without any hindrances. 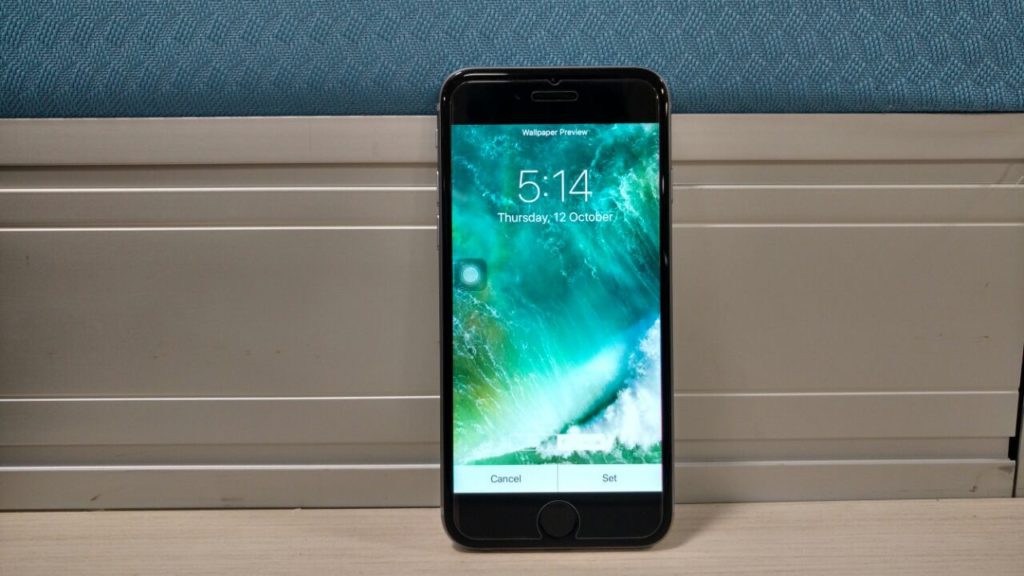 For those of you who’d read in low light conditions, it will be very useful as the brightness levels are optimised to safeguard your eyes. I didn’t find any bad experience in display and video. You cannot record or play 4K videos on this smartphone. 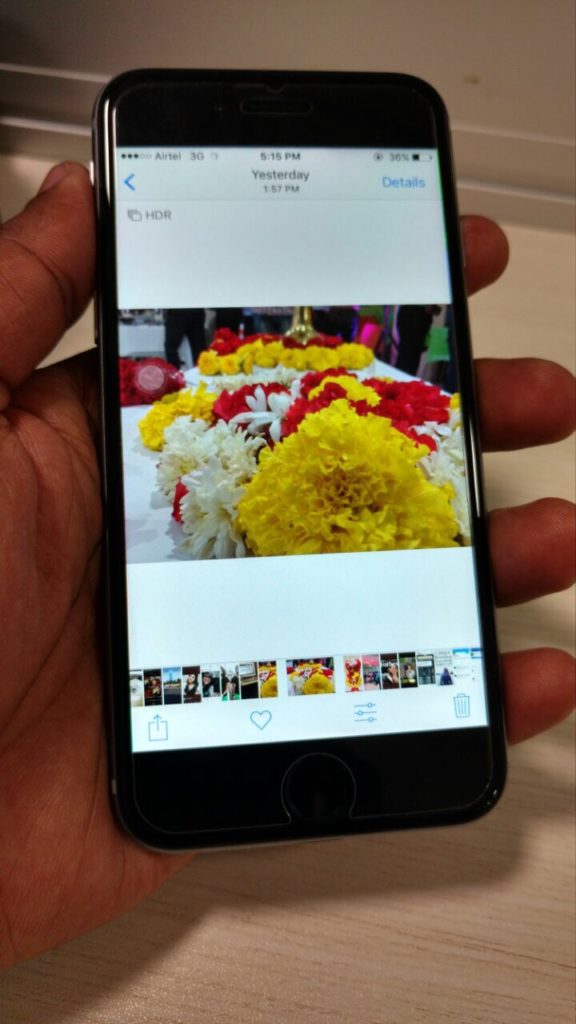 There is a reason behind why I am writing a separate section for the music. My regrets as a photographer for buying iPhone 6 in 2017 are my successes as a music lover. It’s not just about the earphones you would get within the box. Of course, those babies work like a charm. But again, you have Apple Music. Out of all the apps I have used, I liked only the Apple Music on iPhone devices. On Android, I was using both the Apple Music and Poweramp. 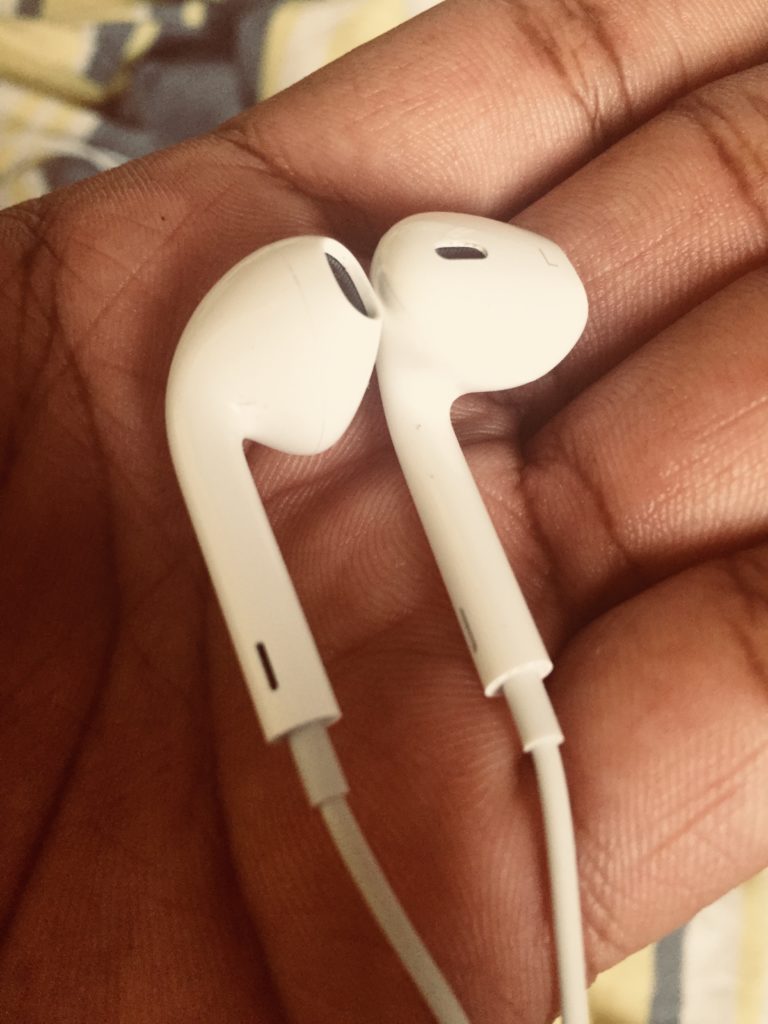 While transitioning to iOS, I hoped for the existence of Poweramp app on iOS. I still don’t understand why those folks who have created Poweramp have not introduced an iOS version yet. But, no worries. The Apple Music in conjunction with the Apple earphones will take you to a whole another level. The music on Apple smartphones are always awesome.

So coming now to the main point of our discussion, “should You/I buy iPhone 6 in 2018 or not?” The answer is both yes and no depending on your needs and love towards the Apple products. If you would ask me whether you should spend more than 20000 for iPhone 6 in 2018, my answer is a BIG NO. Considering the specifications, user interface and the features it offers with the competition in the market, it should be priced around 12000.

You might also like reading how to fix your iPhone if Apple is slowing it down and also check How to check warranty and repair coverage for iPhone or other Apple product?

We hope this post will help you decide whether you should buy iPhone 6 or not in 2018.

For more similar latest updates and tutorials, stay tuned with our NEWS and TUTEZONE sections.