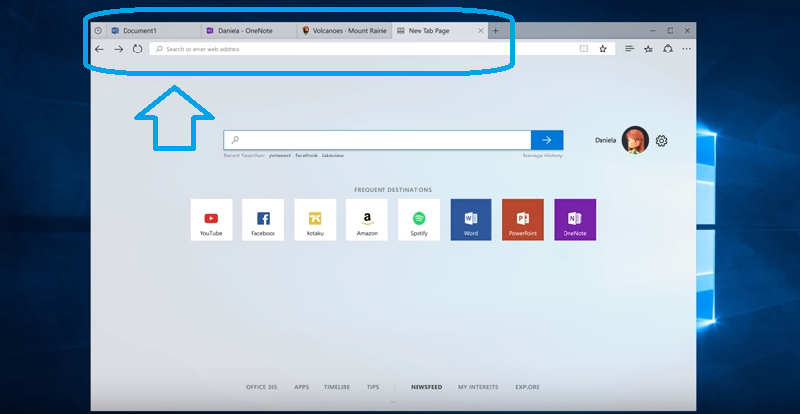 Microsoft is going to make the Windows 10 users super happy. The company has just showcased a Microsoft Windows app sets feature which you will be using forever. Practically you have been this feature already for quite a long time. So, say welcome to the Tabs. Oops, I am sorry. The Microsoft has named it Sets.

Though the company is not very sure about the name of this feature, the basic concept is to introduce browser-like tabs to not only Chrome and Edge apps, but to almost every other Windows app. At present, we can duplicate the app with several windows, but the new Microsoft Windows app sets feature will let you combine all the different apps into one window. Check out the video by Microsoft.

Sets, once introduced will be helpful for the people who are working in the project. Because, they could supposedly group a PDF reader, a PowerPoint Presentation and notes in a single tabbed window.

Don’t Miss: How to login to Windows OS without keyboard?

One could already make use of the existing Virtual Desktop feature to organize the apps during multitasking. But this practice has drawbacks such as the inability to move all of them at once. And the new Sets feature is said to overcome these drawbacks.

The apps on Chrome OS also operates more like this. And the Microsoft is just expanding this idea to full-fledged apps on Desktop. This feature is a result of the Timeline concept which the company had introduced earlier during the Build Conference in May.

In simple words, you can say that the introduction of Sets will not only let you to organize your apps, but also change the way you interact with the desktop PCs forever.

We really feel like the people across the world would love this feature and welcome it with both hands. However, share us your views in the comments section below.