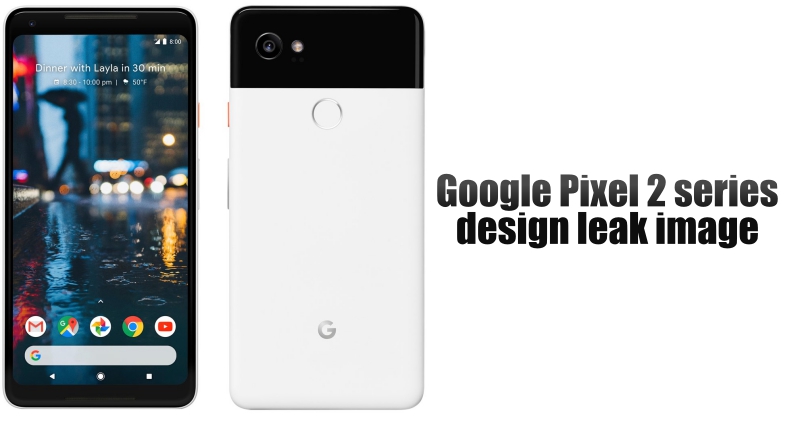 The gadget world witnessed the launches of Samsung’s Galaxy Note 8 and Apple’s latest iPhone devices. Another such major release is all set to happen in two days in the United States on October 4. Yes, the Google is waiting to introduce its Pixel 2 and Pixel 2 XL smartphones, a PixelBook laptop and a smart speaker in two days. Here in this post, we will discuss what to expect from Pixel 2 series launch.

As far as the leaks from other technology websites such as the Android Authority and Droid Life are concerned, the Google might also launch a new Daydream VR headset along with the new Pixel smartphones.

We are expecting the Pixel 2 to have the same design as the original. But the Pixel 2 XL might have a slight change in its display, thanks to the trending end-to-end displays among the high-end smartphones.

While the Pixel is designed by HTC, the Pixel XL’s development is taken care by LG. The latest phones will come with IP67 water resistance.

A report from Android Authority says that the latest Pixel devices might come with “squeeze” interaction like the one on HTC U11 in addition to the Optical Image Stabilisation for the cameras. Instead of dual cameras, these smartphones would sport only a Single Camera, but you don’t have to worry. Because the most demanded Portrait Mode will be still available.

The search engine giant might also replace the headphone jack with the USB Type-C.

Google is also expected to unveil a smaller version of its Google Home to compete with Amazon’s Echo. According to the 9to5Google, the latest Google Home which is codenamed as Max Speaker will have more stereo sound and a better premium design.

The Pixel devices have made their mark last year, all thanks to the Pure Android experience and the stability that the devices offer. It will be interesting to see if how Google will compete with the Galaxy Note 8 and the latest iPhone devices through its latest Pixel smartphones. However, let us know your expectations in the comments section below. We’d love to hear about it from you.