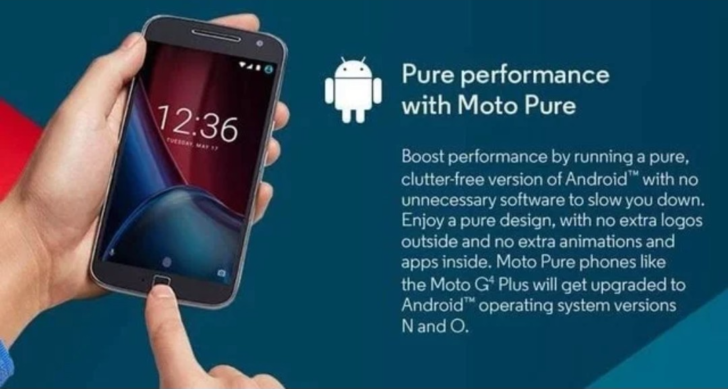 Motorola Android Oreo Update Official List was announced last week by the company for its devices. Unfortunately, the Moto G4 series smartphones were not included in the list. The company had initially promised Android Oreo for the Moto G4 Plus when the smartphone launched. This was brought to notice in the social networking platforms and the tweets and statuses from across the world attacked both the Motorola and Lenovo by storm.

Now, in an official statement to the Android Police, the company has promised to include the Moto G4 Plus also in the list of devices that would get the Android Oreo Update.

Anyways, the Moto G4 Plus users will have to wait for a few months to get the Android Oreo. Because the update will be first rolled out to the Moto G5 and Moto Z series mobiles.

Motorola said to Android Police in an official statement:

It’s been brought to our attention that there were some errors in our marketing materials around Android O upgrades for Moto G4 Plus. This was an oversight on our part and we apologize for this miscommunication. It’s our general practice for the Moto G family to get one major OS upgrade per device, but it’s important to us we keep our promises, so in addition to the N upgrade it has already received, we will be upgrading Moto G4 Plus to Android O. Because this is an unplanned upgrade, it will take some time to fit it into our upgrade schedule. Watch our software upgrade page for more information.

We welcome this move by the Motorola/Lenovo for correcting its mistake and winning back the trust of the users. However, the Motorola must also focus on delivering the regular monthly security updates for its mobiles which has been not happening very frequently ever since the Lenovo has acquired the firm.

Let us know your views in the comments section below. We’d love to hear about it from you.