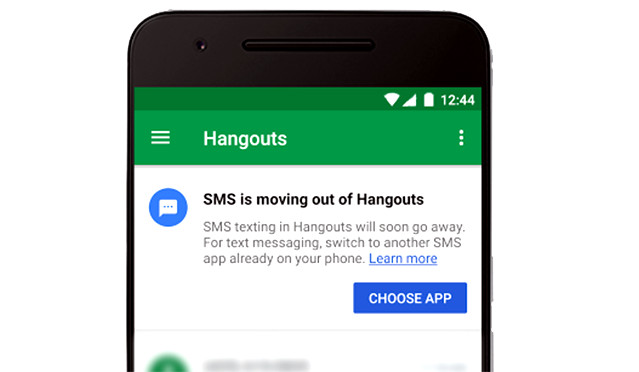 In a move to encourage the usage of Hangouts, Google had added the support for SMS messaging in the app back in 2013. This allowed the users to communicate with their contacts even in the absence of internet connection. Reports emerged in 2014 and 2015 that the search engine giant is going to shut down the support for SMS in the app. It has finally come true in 2017.

An email was sent to G Suite administrators as a warning to switch the SMS usage to another app starting from March 27. According to the company, the support for SMS will be removed entirely on May 22.

Google however has a standalone app for messaging, Android Messages which also supports rich text messages. The company is trying to change the Hangouts to more industry oriented, because, earlier in this month, the Hangouts Meet video conferencing service was launched to attract more corporate users.

Let us know whether you are using the Hangouts app to communicate with your beloved ones by commenting in the comments section below. We’d love to hear about it from you.