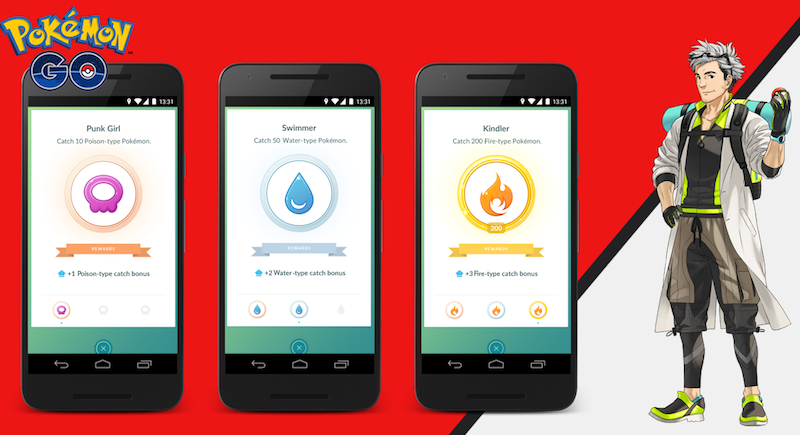 Niantic Labs is serious about making the people more addictive towards its Pokemon Go game. The company is in plans to release a new feature which will give bonuses to players according to the type of Pokemon that they catch. This feature will help the users to catch the rare Pokemon more easily. The more you receive bonuses, the more your chances to catch the rare Pokemon of the particular type. The company is sure that this feature will make the app more exciting.

“These new bonuses will give you a better chance of capturing Pokémon with a related type. For example, as you reach a higher tier for the Kindler Medal, your bonus to catch Fire-type Pokémon such as Charmander, Vulpix and Ponyta increases.”

The response to the latest feature has been immense ever since its announcement in the social media platforms as the players were hoping for other updates such as introducing trading, training in gyms and tracking Pokemon.

When Pokemon Go was introduced to the world, it was a revolution. The app rose to the most popular app in a few days. Although there are reports that the app is losing its popularity, it is still loved by millions across the world. Let us know your experience in Pokemon Go in the comments section below.