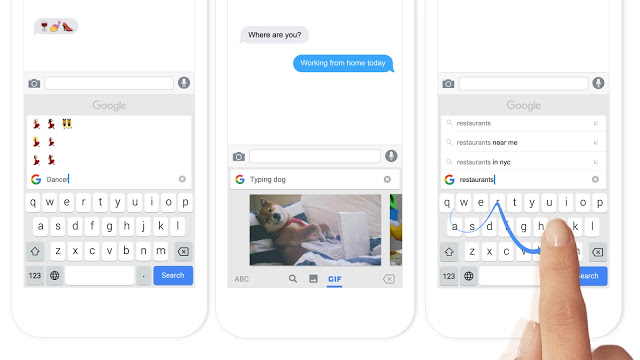 Google is serious about improving the performances of its apps in the Smartphones. The company had added the feature to translate the text in a single tap without having to open the actual Google Translate app. Now, they have introduced a brand new keyboard, Gboard for the iPhone users though, that will also enable the users to perform search queries in a new manner.

In the app, you will find a new button using which you can carry out a quick search in a tap. In addition to providing the traditional search results, the app also lists out the gifs, emojis and other media in its search results. After you find your desired search result, you will also be able to copy and paste it in the app you were using it.

Google has not revealed its plans to introduce the keyboard to the Android users. However, we can expect the company to launch it very soon in the Android platform as well.