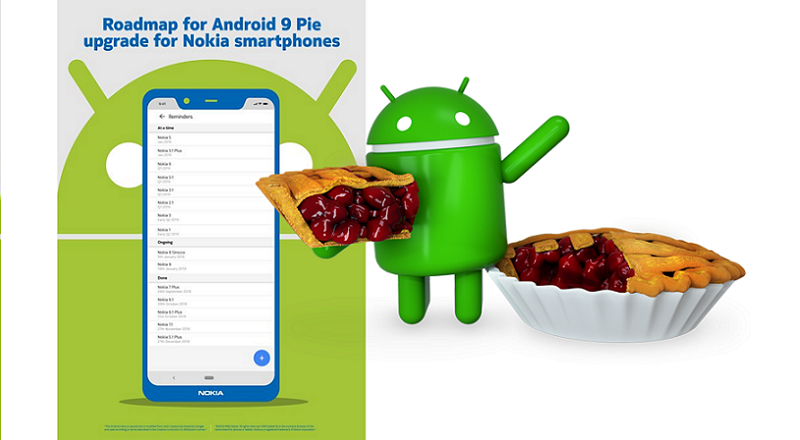 One of the smartphone that is missing from this list is Nokia 2 running Android 7.1.1 (Nougat) OS. We hope company have plans of Android Pie update for Nokia 2 smartphone.

Android Pie is the ninth biggest release of Android, is the successor of the Android Oreo that is currently available in the market. The latest update brings several improvements such as Adaptive Battery that uses machine learning to prioritize system resources for the apps, App Actions that helps you raise the visibility of your app and help drive engagement using machine learning, and Slices are a new way to surface rich, template content in places like Google Search and Assistant.

Let us know your thoughts about Android Pie upgrade for Nokia older smartphones in the comment section below.