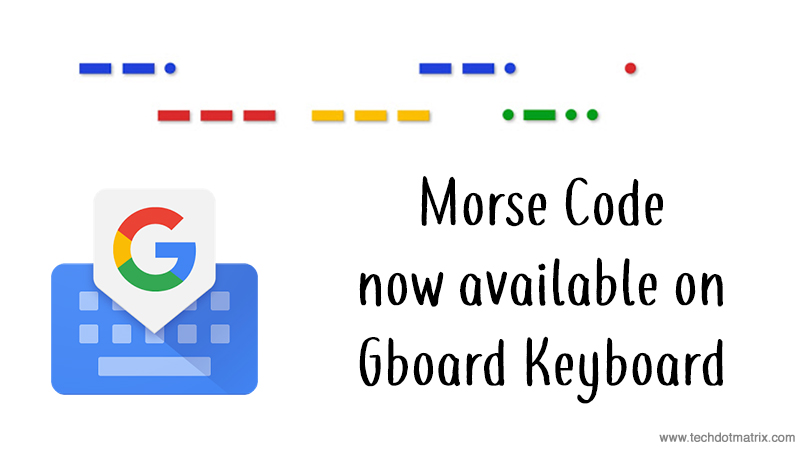 Google has introduced the feature to input the Morse Code in its Gboard keyboard app. This new functionality is available on both Android and iOS apps. This can be seen as an effort to help the people with less mobility to communicate using their smartphones. However, there is no harm in learning the Morse Code and it is something that everyone should learn.

For those of you who don’t know what the Morse Code is, here is an explanation for you from the Wikipedia. “The Morse code is a method of transmitting text information as a series of on-off tones, lights, or clicks that can be directly understood by a skilled listener or observer without special equipment.”

In simple words, it can be explained as a combination of dots and dashes that are later converted to letters.

Finlayson emphasized on Morse code in a blog post on The Keyword:

Most technology today is designed for the mass market. Unfortunately, this can mean that people with disabilities can be left behind. Developing communication tools like this is important, because for many people, it simply makes life livable.

Using the Morse Code keyboard that is available on the Gboard, you can now use dots and dashes instead of QWERTY keyboard to type anything. The Gboard app will then convert these dots and dashes into sentences and words. You are also allowed to connect external switches to your Android to do it.

For those of you who don’t know how to type in Morse Code, the Google has launched a Morse Typing Training Game that is available on desktop, iOS and Android.

Share us your views on the availability of Morse Code in the comments section below.