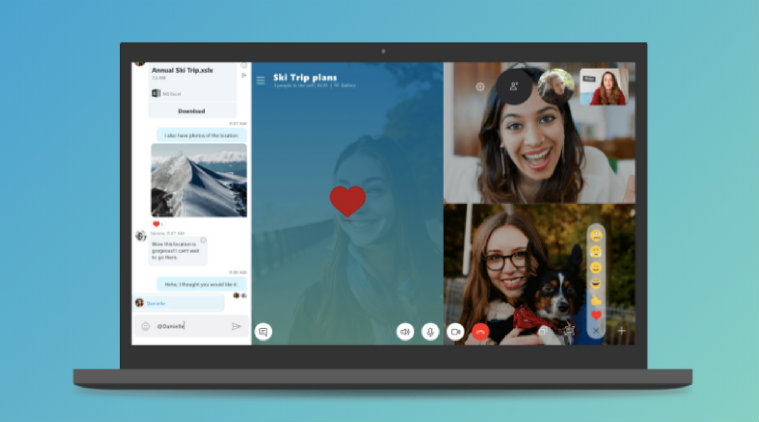 It means that the support for the older versions will be stopped very soon and the Microsoft has announced a date for the same. According to the company, only the Skype 8.0 will function from September 1, 2018 and the older versions of the app will either stop working or might have problems.

Microsoft said the following regarding enforcing the latest version on all the users:

It is to ensure that all customers have the best possible Skype experience, and that there are no quality or reliability issues resulting from old technology and new technology interoperating.

The newest design was first showcased to the world last year and the experts in the industry had different views on the same when it had arrived on iOS and Android. However, this new design is now available on other platforms such as Linux, macOS and Windows.

As far as the design of the Skype 8.0 is concerned, it looks like the Microsoft has borrowed individual elements from other leading apps such as Facebook Messenger, Instagram and Snapchat.

The company has also shared the upcoming features of the Skype blog such as the read receipts feature which are already available on other leading apps.

The latest version of the Skype 8.0 offers free HD video and screensharing calls, @mentions for more productive messaging, a chat media gallery to help you find files in conversations, and the option to share photos, videos, and other files up to 300MB just by dragging and dropping.

In a whole, the latest version of Skype is a major upgrade for the desktop users. Let us know your views about the same in the comments section below.