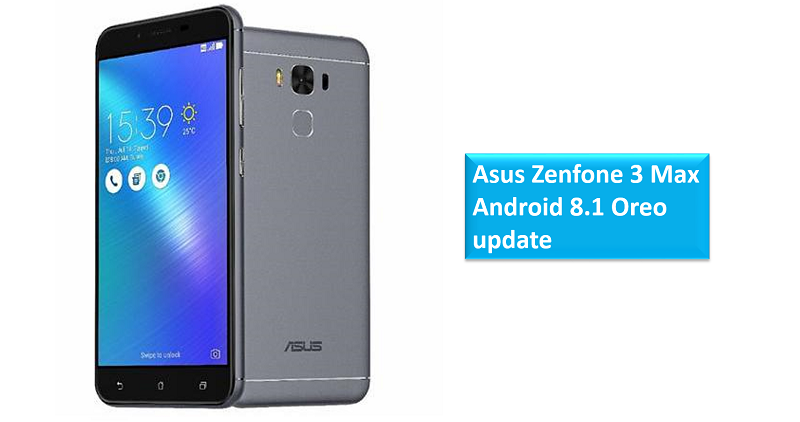 Today, Asus announced that it is rolling out the Android 8.1 Oreo update to Asus Zenfone 3 Max (ZC553KL) smartphone as promised. The update is scheduled to roll out via FOTA update with release date as July 30, 2018. So, it may take about one week for the system to complete the autopush.

The Android 8.1 Oreo update brings several new feature with upgrade for system user interface to Zen U.I 5.0 and version number to V15.0200.1807.406. Asus also confirmed that they are removing some of the pre-installed apps, that can be installed later again from PlayStore if required by user.

Although, the new features like swipe up to access installed apps, new Settings app, picture-in-Picture mode and launcher seems good, but the company says that internal storage will decrease slightly post update. So, make sure you have minimum 1.5GB storage as reserve before installing the updates.

In, case if you have not received the Asus Zenfone 3 Max Android 8.1 Oreo update prompt, you can manually check for updates.

Just like the old times, this is the right time to know and explore the new features that the Google has developed for our smartphones. Let’s find out the Android Oreo Best features – The ones you must know.