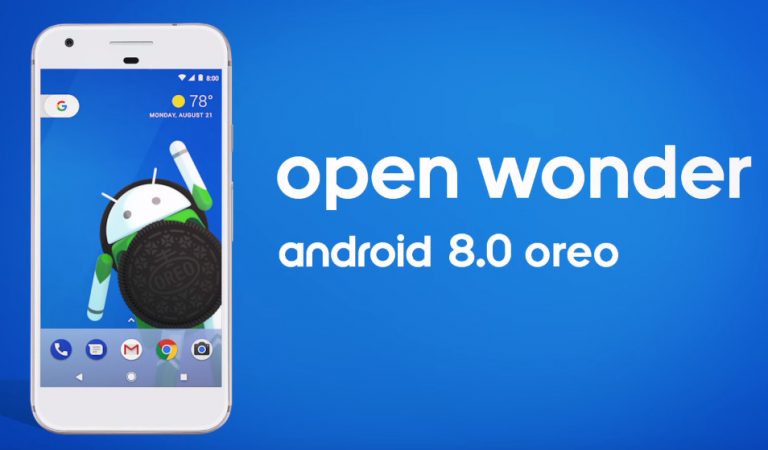 Are you here to know the Android Oreo best features? Let us find them out here.

Google has finally named the latest version of Android Operating System as Android Oreo. Yes, the Android 8.0 will be called as Oreo as expected. Just like the old times, this is the right time to know and explore the new features that the Google has developed for our smartphones. For your information, the final system image of Android 8.0 (Oreo) is currently available for Pixel XL, Pixel, Pixel C, Nexus Player, Nexus 6P and Nexus 5X smartphones from the Android developer website.

The non-Google smartphones will have to wait for a while to get this update. However, by the time you read this post, the Android Oreo might already be available on your device. As per the intro video by Google, Android is going to be speedier, powerful, safer, stronger and smarter than ever before. If you haven’t watched the video yet, you must have a look at it here below.

Now, back to the business. We know that you are here to know about the outstanding features of Android Oreo. They are listed and described here below.

The real PIP feature is coming in Android 8.0. It means that you can watch a video and chat at the same time. The video will be popped out in an additional window over any app that you use. You can set the aspect ratio, perform play/pause functions and do much more. We can expect more improvements to be added in the upcoming updates.

Just as the name sounds, you can snooze individual notifications in the latest Android version. After receiving a message, if you don’t want to read it, you can swipe it to the right and tap clock icon. This will snooze the notification to appear again after a period of time.

Every time a new Android version is released, we talk about the battery improvements. The Google is no different this time. The company has added new limits using which you can control what the applications can do in the background. There’s no doubt that the battery life will be improved.

We are already familiar with the Autofill feature, all thanks to the browsers like Google Chrome for that. The information such as name, e-mail id and card details are automatically filled whenever the corresponding field is encountered. Google knows that this feature is very important and that’s why they have introduced the APIs that supports this feature in Android Oreo. The developers of your favorite apps will have to make use of these APIs to enable the automatic fill in the forms in your favorite apps.

All these days, whenever an app bothers you through multiple notifications, you had the privilege to block all of them by disabling the notifications for that app. Today, Google has now introduced Notification Channels. It means that the users will be able to control, change or block the behavior of the individual notifications of Android apps instead of blocking its entire notifications.

These are the best updates that we’ve found to be exciting. However, there are several other improvements as well. For your convenience, we are going to list them as well in this post.

The security has been increased in the area of WebView on Android Oreo. To avoid errors and crashes, you can now choose to verify the URLs through Google Safe Browsing.

There are improvements in keyboard navigations using a better predictive model which will help both the developers and users.

Through Oreo, the Android will start supporting high-end Bluetooth audio codecs such as LDAC. Through Wi-Fi aware hardware, the Oreo running devices can communicate via Wi-Fi without any internet access.

The icons which are adaptive will appear in several shapes across different device models. These are backed by animations. You can see a small preview of it here in the image below.

According to the Google, the company has been working with several manufacturers such as Sony, Sharp, Samsung, HMD Global Home of Nokia Phones, Motorola, Kyocera, HTC, Huawei, and Essential. If you own any high-end smartphone from any of these tech-giants, wait until the end of the year. Because that’s when we are expecting the Android Oreo to roll out on all the major top-budget smartphones.

Developers will have a lot of options to enhance their applications in impossible ways. Some of them are listed below, because, if you are a developer, we don’t want to leave you disappointed.

There is a piece of advice to the developers from Google and here is how it goes:

Make sure that your updated app runs well on Android Oreo as well as older versions. We recommend using Google Play’s beta testing feature to get early feedback from a small group of users, then do a staged rollout. We’re looking forward to seeing your app updates!

Did you find our post useful? What’s your favorite new feature in Android Oreo? Let us know about it in the comments section below. We’d love to hear about it from you.