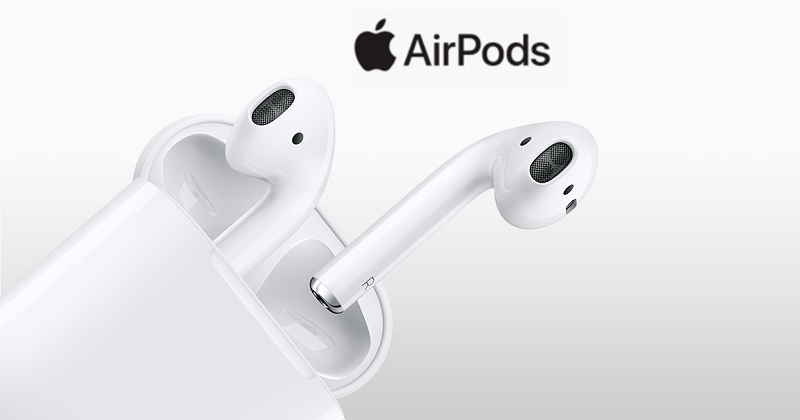 Apple is very serious about making itself as one of the best in the arena of wearable gadgets. The company is working on upgrading its Apple Airpods with wireless support, a report on the Bloomberg says so.

Just like its mobile devices such as Apple Watch, iPad and iPhone, the company is in plans to update the Airpods with latest hardware features. According to certain people from the Apple who don’t want to be named, the company is working on a new version for release very soon in this year. Another model with the water proof support is also expected to be rolled out by the end of this year.

The model which is going to be released earlier will allow people to invoke Apple’s digital voice assistant, Siri just by saying “Hey Siri” and not by tapping on the headphones physically. This function will work exactly like how people use the “Hey Siri” word on HomePod speaker or iPhone.

Luca Maestri, Chief Financial Officer at Apple said, “Wearables were the second-largest contributor to revenue growth after iPhone, which is impressive.”

Share us your views on the Apple Airpods in the comments section below.