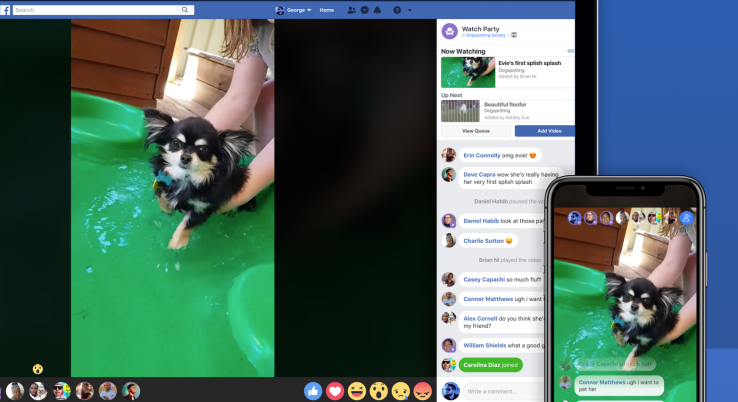 Facebook recently announced that it is working on to enhance the news feed by highlighting the posts from family and friends to improve the social interactions. The company has now stated that it is testing a new feature called ‘Watch Party’ which will let several users to watch the same video at the same time.

At the moment, the users are able to watch the Facebook Live video together with other members on the site. The introduction of the new ‘Watch Party’ feature will let the users to watch old videos as well at the same time. It looks more like the engagement session seen in the current live videos with the only difference being the users are watching an old video.

The company said that it is testing group as more than 1 billion users rely on the Facebook Groups to connect with others who share the same interests. However, the Facebook also believes that the live videos will produce as many as six times the number of interactions than the non-live videos produce.

As per a spokesperson who don’t want to be identified from Facebook, this testing feature is being currently tested in a few dozen groups.

Recently, Facebook announced that it has new tools to make the Facebook site safer and a better place and that certainly proves that they think about their users. In fact, Facebook has developed an AI software which will prevent the suicidal deaths to an extent.

What are your views on this upcoming Facebook Watch Party feature on which will let you watch the Facebook Videos together at the same time? Share them in the comments section below.