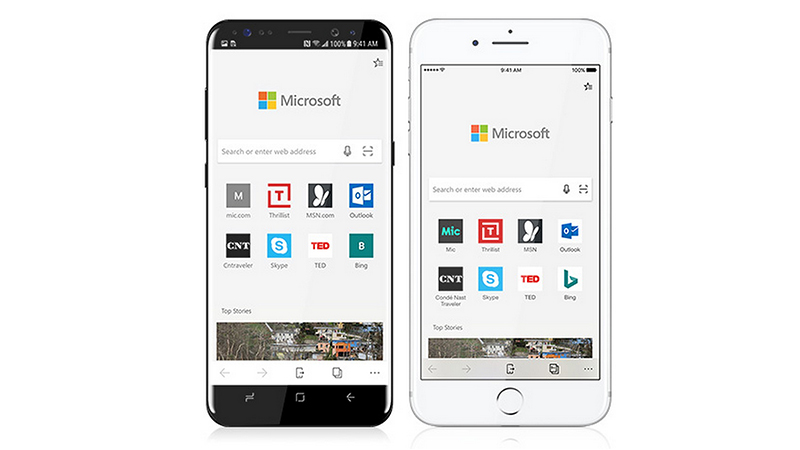 In October, we introduced Microsoft Edge for iOS and Android in preview, in response to your request to make Microsoft Edge work well with your phones. A special THANK YOU goes out to each of you—hundreds of thousands of you—who downloaded, test-drove, and sent feedback on the preview apps. Your ideas and passion have contributed to an even better app experience. We are pleased to announce that we’re removing the “preview” label from our Android and iOS app.

The mobile version of the app also supports New Tab pages, Reading Lists, Favorites and much more. We can expect the company to add a few more features than the ones that are available already on the Preview version. It also has useful options such as Roaming Passwords using which the users will be able to sync the passwords across the devices. To make the things more interesting, you will also find a dark theme.

This dark theme will be helpful for those of you who want to safeguard their eyes in low light conditions. The introduction of Edge on the mobile platforms seems to be very important for the company as per its plans for the future. Besides the Edge Browser, other apps such as Cortana and Office apps are already available on the mobile platforms.

Share us your views on the presence of Microsoft in iOS and Android platforms by commenting in the comments section below.