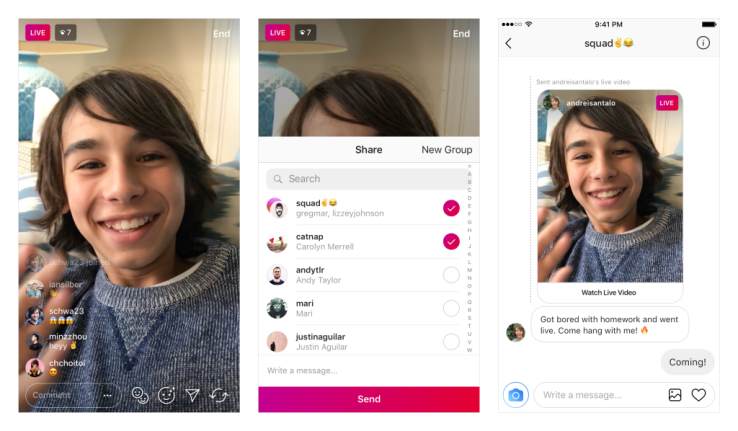 Don’t Miss: How to view Stories on Instagram anonymously?

The company says that you can share either your live video or the one which you are watching at the moment with a friend or group of friends. While the former is more like video chatting, the latter is all about a competitor to an increasing crop of “co-watching” and video chat apps.

For instance, the Google has its Uptime, which will let the users to co-watch videos on YouTube. The basic idea for both the apps is that you should be able to hang out with your friends or beloved ones virtually. Other apps that has a similar feature are Tumblr’s Cabana, Let’s Watch It and iMessage app Fam. Microsoft’s Skype is also said to be working on a similar feature like this.

In case if you haven’t got the feature yet, make sure whether you have installed the Instagram version 26 or not. Lately Instagram officially launched Hashtag Following and updating its app with new feature that is certainly giving tough competition to other social sites.

Share us your views on Instagram Live Video Sharing via Direct Messaging feature in the comments section below.