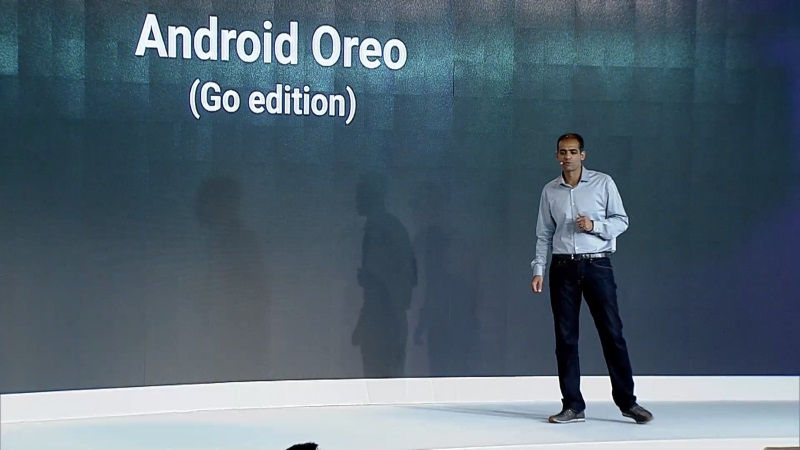 In addition to the launches of Google Go and Google Files Go apps, the Google also announced that a lighter version of Android 8.0 Oreo called Android Oreo Go will be introduced aiming the entry level smartphones with 512 MB – 1 GB RAM. While the code is currently available for the developers via Android 8.1, this lighter version of the Android will be rolled out over the next few months. If you want to know the latest features of Oreo the version of Android, you might want to visit Android Oreo Best Features – The Ones you must know.

According to the company, the devices which run on Oreo Go will have an average of 15 percent faster start up time than the other devices. Besides that, the pre-loaded apps will occupy less than 50 percent of the available storage. The company is also expecting this lighter version of Android Oreo to store up to 1000 photos with these advancements.

Caesar Sengupta, Vice-President said, “Android Oreo (Go edition) will help improve the experience on entry-level phones while new apps like Files Go will ensure their experience is smooth and they consume less data.“

Google is also not compromising in terms of security as it is expecting the same security features to be available on the Oreo Go as well and that includes the prestigious Google Play Protect. The users will also be able to download the lighter versions of popular apps such as Facebook Lite and Flipkart from a new section. In addition to these lite apps, we can also see the lighter version of Google apps such as Gboard, YouTube, Maps, Search, Chrome, Gmail and Assistant on all the Oreo Go smartphones.

Every time a new version of Android is introduced, it usually gets available only on the newly launched smartphones or on other high-end smartphones via an update. And that leaves a large section of people unhappy with the older versions of Android. In that case, Google has taken a good decision and it will help the company to not only make those users happy, but also obtain a chance to show its current best to all the customers.

However, share us your views on the Android Oreo Go in the comments section below. For more similar latest updates, stay tuned with our NEWS section.