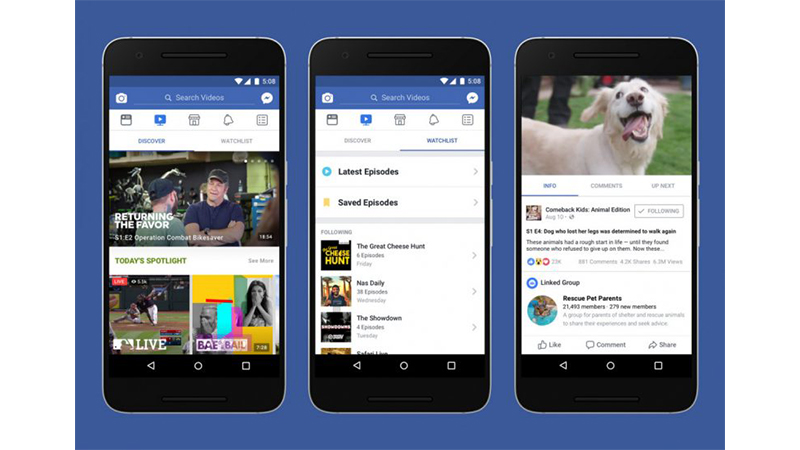 According to the reports by Ken, the Facebook will launch its video streaming service, Watch in India between January and March next year. The service will contain shows including live sports events, children’s and comedy entertainment, lifestyle and much more.

The Watch video service is currently in its initial stages and is open only to a few users and video makers on its network. If you are one of them, you can confirm it by going to the video tab in Facebook desktop, mobile and TV Apps.

Every show in the video streaming service will be more like a Page which the users can follow. This decision to bring Watch to the great Indian sub-continent will really help the Facebook to increase the number of users as the India houses more number of Facebook users than any other country in the entire world. The country has a decent number of people who can communicate in English. And besides that, around 400 million users are using the smartphones to watch the videos easily.

Facebook is one of the companies like Google that has huge amount of data on the people in the world. This will be helpful for the tech giant to target the users based on their interests and activities.

Don’t miss: How to view the relationship history of any two persons on Facebook?

The company is also working on to make the regional content available on Watch. Almost every service from Netflix and Amazon Prime to Hotstar is already providing the regional content in several Indian languages. Additionally, the Facebook has recently introduced a new Facebook Creator App which will help the stars of the social media to boost their activities and communities.

When introduced in India, the Watch by Facebook will be competing with all the leading media services and its huge user base will help the social networking company to easily find success. However, share us your views in the comments section below.