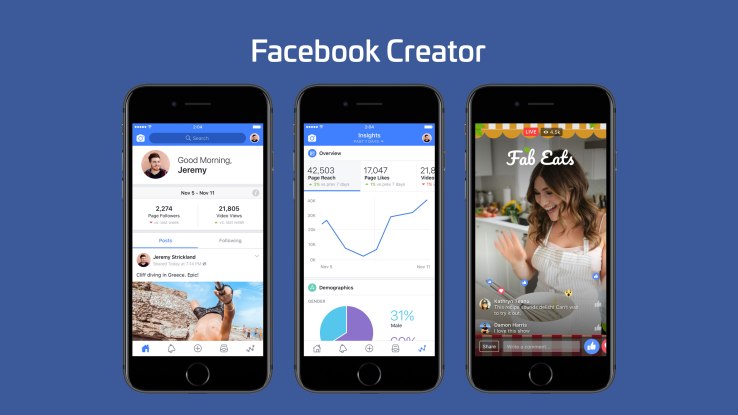 Facebook is also concerned about the feelings of the stars and influencers who use the social networking site as a platform to interact with their fans. The company has introduced a new Facebook Creative App which will help the stars of the social media to boost their activities and communities by offering influencers Live Creative Kit.

This new app can be used to cross post to other networks such as Twitter, provide a unified inbox of Facebook and Instagram comments besides the Messenger Chats, add intros and outros to broadcasts and offer other expansive analytics.

Any distinct page or profile can download Creator to access these advanced tools to engage with the fans. The company is also launching a Facebook for Creators website that includes best practices for growing fan bases.

Unlike other platforms such as the YouTube, the Facebook is used by the people widely to mostly interact with their friends and family members. With the introduction of this new tool, we can expect the social networking company to increase the number of users because the influencers will try to make use of this new application to increase their fan following numbers which in a way will result in the growth of the Facebook. An intelligent move, isn’t it?

However, share us your views in the comments section below.