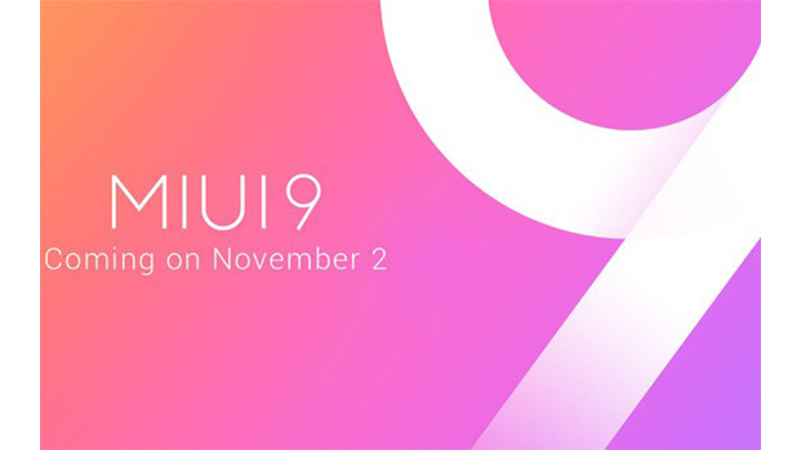 Xiaomi is very serious about its upcoming event in India on November 2. The company will launch a brand-new selfie focused smartphone at the event. Besides, that the MIUI 9 Global ROM will also be released on the same day according to a Tweet in the official twitter handle of MIUI India.

MIUI 9 runs on top of Android 7.0 (Nougat) and was first showcased along with the Xiaomi’s Mi 5X smartphone in the month of July. Since then, several beta versions of the MIUI 9 has been released and now the company is all set to release the stable version of MIUI 9 in India on November 2.

The tweet says, “We listened to your requests. Global MIUI 9 is coming to India on November 2. Are you excited?”

MIUI 9 brings many features such as smart functionality, faster app load time, split screen features, shortcuts on the lock screen and much more. To know all the features, visit the Latest MIUI 9 features – The best ones.

Don’t miss: How to use live location sharing on WhatsApp in iOS?

According to Xiaomi, the MIUI 9 will bring major advancements in the performance section by loading the apps faster than ever before. It will also add a new set of themes and updated design on the lock screen in addition to a shortcut to activate the torch from the lock screen. The split screen feature which was initially added in the Android 7.0 (Nougat) will finally available on the Xiaomi devices via MIUI 9.

The company will rollout the MIUI 9 from November 2 in batches. So do not worry if your mobile gets the update lately.

Share us your views on the MIUI 9 in the comments section below.

For tutorials on how to improve your life using technology, visit our TUTEZONE section.