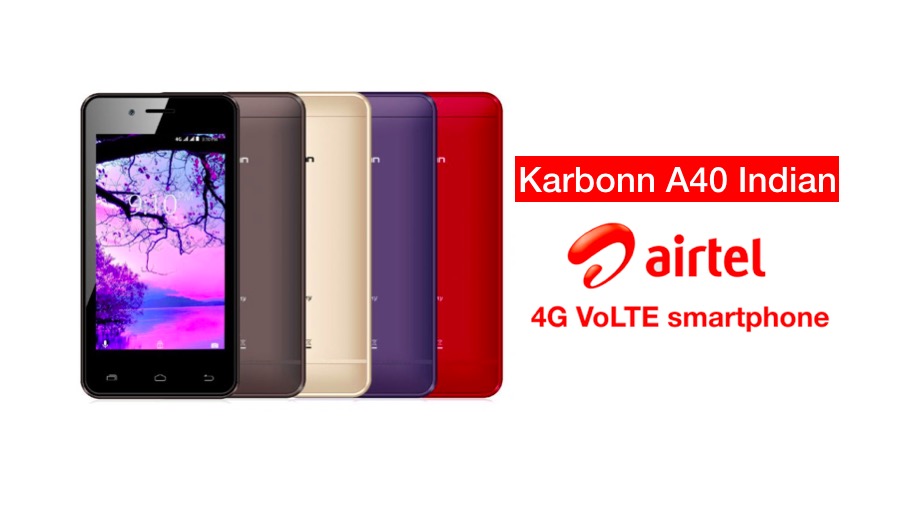 Airtel joined hands with Karbonn Mobiles to launch the company’s Karbonn A40 Indian Airtel 4G VoLTE mobile in a bid to compete with the JioPhone that was launched at a cheap rate in the country. This tells us that the Airtel is very serious about its battle against the Jio in India. The Karbonn A40 Indian which is priced at Rs 1399 also supports 4G VoLTE feature and 22 Indian Languages.

Don’t miss: How to get the Free 60 GB Airtel data?

The company also launched a new Rs 169 plan for the phone which provides 0.5GB 4G data every day in addition to the unlimited calling. The company wants you to recharge this amount for a period of 36 months.

You can still choose any other plan and recharge any other offer. But, if you want to claim the payback money, you will have to stick to the conditions described in the paragraph above.

This new launch is the part of Airtel’s Mera Pehla 4G Smartphone plan in which the telecom company will partner with several leading mobile manufacturers to introduce 4G smartphones at affordable rates.

Airtel said that the mobile will be available soon in all the retail stores in the country and the support of the handset will be provided by the respective manufacturers.

Let us now have a detailed look at the specifications of the Karbonn A40 Indian smartphone.

The mobile sports a 4inch WVGA touchscreen display at a resolution of 800 x 480 pixels.

It is powered by 1.3 GHz quad-core processor and runs on Android 7.0 (Nougat) out of the box.

The device comes with 1 GB RAM and 8 GB Internal memory that can be expanded to 32 GB using the microSD card.

It has 5-megapixel primary camera with LED Flash and 0.3-megapixel front camera.

Karbonn A40 Indian will be available in Red, Champagne, Black, Coffee Brown and Blue colors at a price of Rs 1399 in the country.

Let us know your views on the latest Karbonn A40 Indian Airtel 4G VoLTE mobile in the comments section below. We’d love to hear about it from you.

You might also like our TUTEZONE section that contains exclusive articles on how you can improve your life using technology. Trust me, you will be glad that you have paid a visit there.