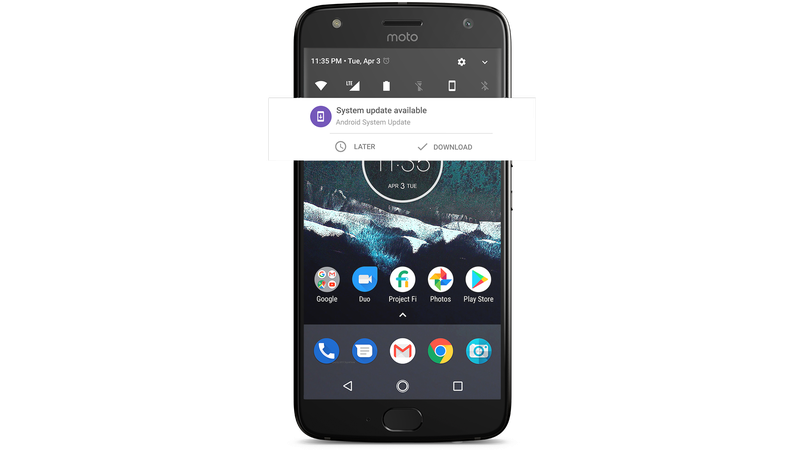 Motorola and Google announced that the upcoming smartphone, Moto X4 will be powered by the Google’s Project Fi program. The other smartphones that are already part of this include only the Google’s own Nexus and Pixel devices. It means that Moto X4 is the first non-Google smartphone and Android One smartphone to work on the Project Fi wireless carrier.

The Android One variant of Moto X4 is slightly different than the one which is being sold in Europe and other regions of the world. The device will have a “pure Android Experience” which means that we cannot find the Motorola owned apps in the UI of the smartphone. You will not be able to find apps such as Moto Access, Moto Voice, attentive display or one-button navigation options on the X4 that is powered by Project Fi.

At the same time, you will also not be able to find Amazon’s Alexa assistant. The Google’s native AI app, Google Assistant will be only voice assistant on the X4 smartphone.

Apart from this, the X4 smartphone shares the specifications and sports 5.2-inch 1080p display, 3000 mAh battery, Snapdragon 630 processor and much more. You might want to have a look the Moto X4 Specifications to know more about it.

It is good to see the Google partnering with other manufacturers to bring the true Android experience to the users through its Android One program. The integration of the Project Fi on the Moto X4 smartphone will only make the things very better and make the Android as pure as possible.

However let us know your views on the Project Fi, Android One, and Moto X4 smartphone by commenting in the comments section below. We’d love to hear about it from you.

You might also like our TUTEZONE section that contains exclusive articles on how you can make your life better using technology. Trust me, you will be glad that you’ve paid a visit there.