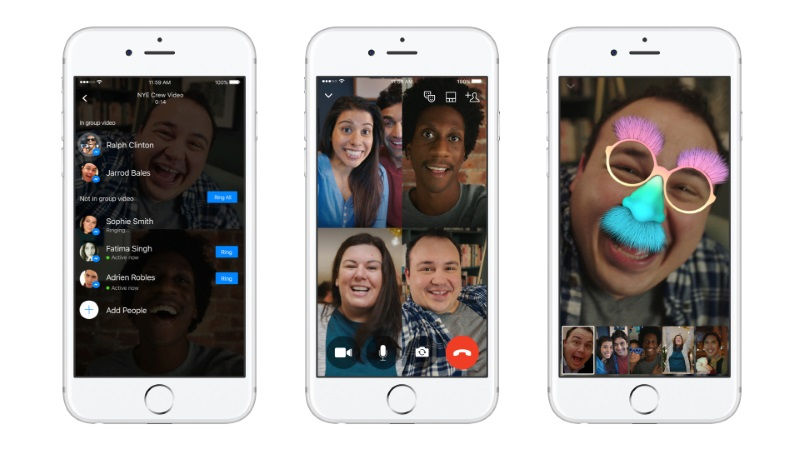 Facebook has been adding several enhancements in the camera section of its Messenger app. The company rolled out features such as text-based artwork and 3D masks in the messenger. Now, the tech giant has launched a Group Video calling in Facebook Messenger. The rumors regarding the feature has been in the news for some time now. Putting an end to all such rumors, the company rolled out the group video calling feature for Android, iOS and Web version users around the globe.

“Once more than 6 people are on the call, just the dominant speaker is shown to all participants. For an extra nudge, you can also directly ring just a few people or the whole group.”

According to a post in The Next Web, the social networking giant has also rolled out a new small feature which allow the users to add background colors to their text-only posts. To add the color to such posts, you will have to select the status bar and choose the color choices. It does not work for videos, images or links posts.

Let us know your views on the Facebook Messenger by commenting in the comments section below. We’d love to hear about it from you.

Also read: How to use USSD based mobile banking?