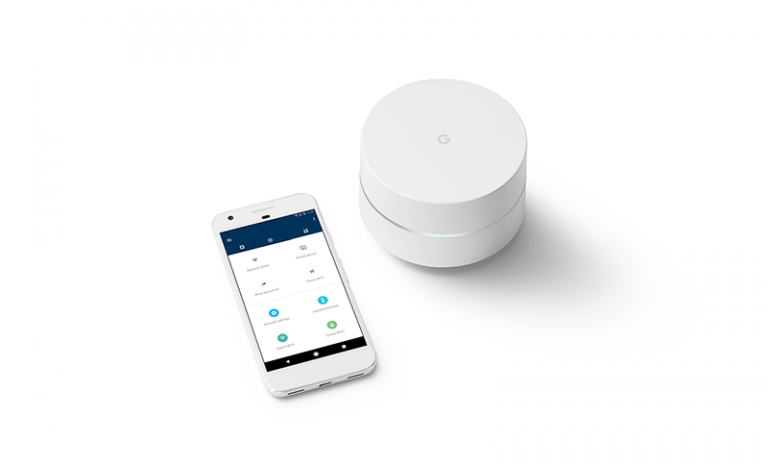 As expected, Google has showcased the company’s latest gadget, Google WiFi home router. All thanks to its mesh technology, it boasts an expandable system that will allow you to add Google WiFi points in a large room.

Each Google WiFi point produces a high-powered connection and all the points work in conjunction to define the best path for your data. It results in a high-speed WiFi connection at every nook and corner of your house. The company revealed that the Google WiFi home router was built on the strengths of OnHub which was launched last year.

Google WiFi is equipped with Network Assist Technology which will work in the background by placing you on the strongest channel and optimal Wi-Fi band for your gadget automatically. When you roam here and there in your house, this Network Assist technology will make sure that your device is always connected to Google WiFi by avoiding delays or dead spots.

Google WiFi will have a friendly app that will work both in iOS and Android. Using this app, you can pause the access to WiFi on your kid’s devices and monitor all other connected devices. It will also show you how much bandwidth each device is using when connected in the network.

The device will be available for pre-order in November at prices of $129 for a single pack, $299 for three pack in Walmart, Best Buy, Amazon and Google Store. Would you buy Google WiFi to power your house with internet? Let us know about it in the comments section below. We’d love to hear from you.