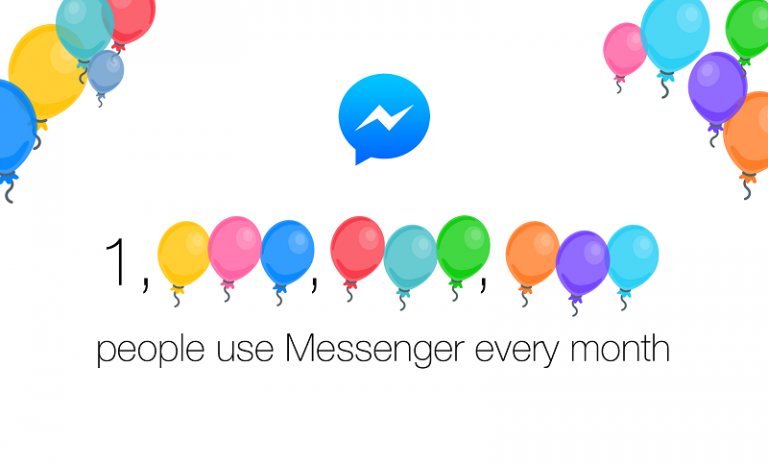 Your favorite message app, Facebook Messenger achieved a new benchmark. The popular messaging app announced that it has more than 1 Billion active users every month.

Facebook owned WhatsApp had hit the big B mark long ago. Besides announcing the news, the app has also released stats on how people are using the app. More than 22 million animated GIFs and 17 billion photos are shared every month. At the same time, more than 1 billion messages are shared between companies and users. 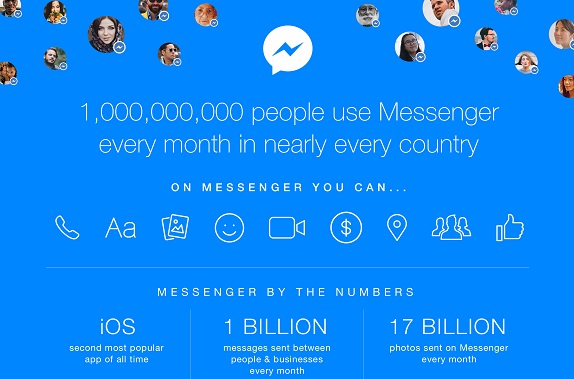 According to Facebook, around 10 percent of VoIP, Voice over IP calls are made in Messenger around the world. The app also takes pride in having over 18,000 bots.

The other apps from the Family such as WhatsApp crossed the billion mark in February and the Instagram currently has above 500 million active users monthly.

Are you among the 1 Billion users who are using Facebook Messenger app? Let us know your views about the app in the comments section below. We’d love to hear from you.