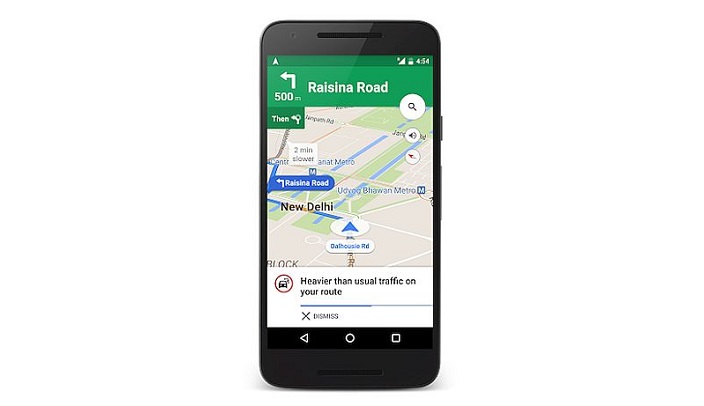 Google announced that its Google Maps for Android and iOS will now start sharing the live traffic updates in India. It means that the users will be able to view the traffic report in their Google Maps app in the Smartphone.The users will have to enable the navigation mode in order to use Google maps with live traffic feature.

Google Map app with the latest update will let the users to hear a voice on the traffic alerts and know the current Google maps traffic report when they choose a destination for the navigation. This will help the users to choose the route that is shortest and time-saving based on traffic news. Besides that the app will also suggest other ways with reasons to help you choose the best route to reach your destination as early as possible.

As mentioned above, the feature will be available for both the iOS and Android users. The company really launched the Google maps for Android and iOS feature in US back in May last year. It is now being rolled out to other countries including India to provide better traffic info.

If you haven’t got the Google maps update yet, please be patient. It will hit your Smartphone very shortly to provide traffic report.