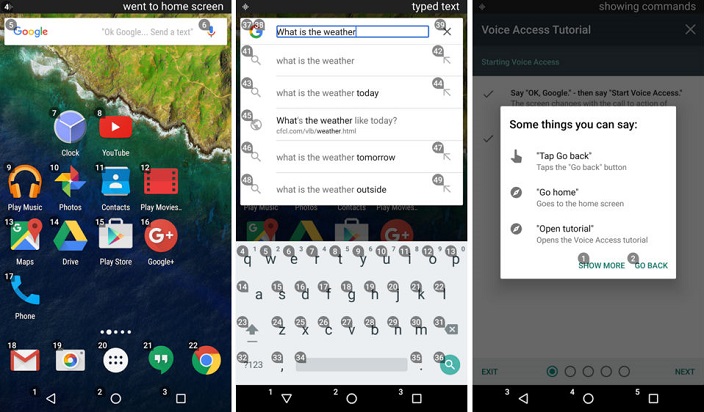 A smartphone is all about providing instant information at our fingertips. A few clicks here and there will let you perform incredible operations from texting your beloved ones to searching the most recent topic in the search engines. But you have to use your fingers to perform all those operations. We already have “Google Now” in the Google apps for Android that lets the users to control most of the operations over voice control android. But, the company has come up with Google Voice Access 1.0 (beta) free download, a dedicated voice app to take the Google voice control app to another level.

The app will be very helpful for the visually impaired people.

Commenting on the launch of the app, Eve Andersson, Manager, Accessibility Engineering at Google posted in the official blog, “Nearly 20 percent of the U.S. population will have a disability during their lifetime, which can make it hard for them to access and interact with technology, and limits the opportunity that technology can bring. That’s why it’s so important to build tools to make technology accessible to everyone—from people with visual impairments who need screen readers or larger text, to people with motor restrictions that prevent them from interacting with a touch screen, to people with hearing impairments who cannot hear their device’s sounds.”

There is no word yet on whether when the stable version of the beta app will be released globally of Google Voice access app. But, we can expect it to happen in the next few weeks, so you can do voice access app download. We will also wait for the news when we will have the Google voice app for windows.