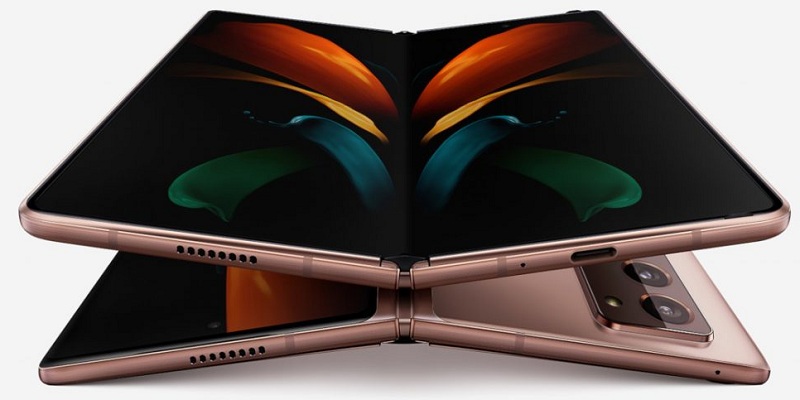 Samsung had introduced the largest-ever Smartphone display, which is a foldable Smartphone called as Samsung Galaxy Fold at its Unpacked event last year. Today, the company has introduced its latest foldable device Samsung Galaxy Z Fold 2 with 5G support at its virtual event. The Galaxy Z Fold2 phone sports a 7.6-inch edge-to-edge, nearly bezel-less Infinity-O Display, which will likely come with 120Hz refresh rate and has a 6.2-inch Infinity-O cover display.

The Samsung Galaxy Z Fold2 phone should be powered by Snapdragon 865+, but the company did not reveal any other specifications yet. As, far camera is concern it features triple rear cameras on the outside. While it has a punch-hole camera for the inside and the cover display. The phone same Samsung Ultra Thin Glass that was used in the previous fold model.

Hidden discreetly behind the Samsung logo on the back, the state-of-the-art hinge is an advanced engineering marvel, precision crafted to smooth out your every fold and unfold.

The Samsung Galaxy Z Fold2 smartphone price has not been revealed yet. But, the company has confirmed that the sale date and the pricing for the phone will be announced, when it goes on pre-order on September 1. The phone comes in Mystic Black and Mystic Bronze colours and there is also a Thom Browne Edition in partnership with the iconic New York fashion house.

Share with us your views on Samsung Galaxy Z Fold2 smartphone in the comments section below.