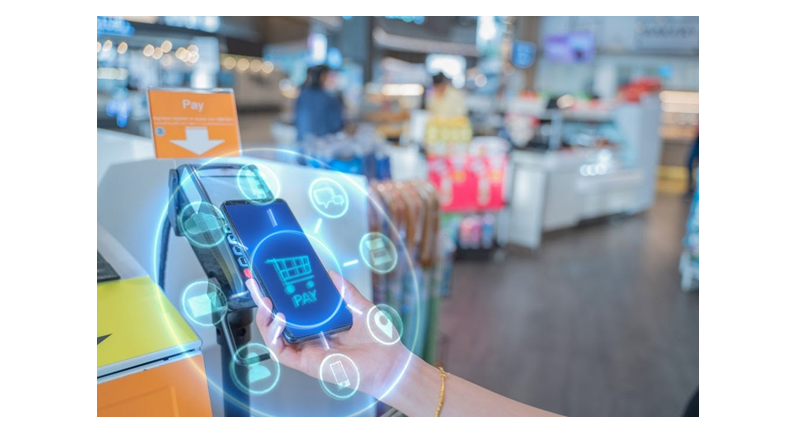 IoT is an innovative technology that has proved highly useful as a part of mobile technology. It stands for the Internet of Things. Presently, it is the new metaphorical buzzwords of the informational technology sphere as its efficient interface, and widely available opportunities have revolutionized the way people look at technology.

A system of tangible objects connected via the internet is called IoT. It helps in forming a seamless connection between physical things like your car, appliances like refrigerators, air conditioners, etc. and much more so you can control and use them with the help of a third party. IoT has great utility as smart gadgets like fitness devices, and other appliances can be programmed to run on their own without requiring man’s input, which makes life quite easier.

The best thing about IoT is that despite making appliances to self-run, it gives you complete control over them, so there is almost zero wastage of power.

With IoT, you can keep an eye on all of your fitness devices. You can keep track of the steps/ miles you run, your pulse rate, blood pressure, and body temperature. All at once can be measured using a single smartphone due to the innovative technology of IoT.

As for businesses, it has brought about multiple benefits. All those businesses that have integrated IoT in their systems can boost their management by having better monitoring and controlling. This eventually leads to improved brand equity, which is the utmost goal of any firm. The trend had reformed many platforms that previously were not as convenient and smart to use as they became when the IoT technology stepped in. It developed the following platforms with its versatile automation:

Not only mobile technology but, the development of mobile applications went under a reformation when IoT stepped in.  The daily experience of using mobile apps will never be the same. It has become more optimized and more comfortable, providing you with a fuller understanding of using your mobile apps.

The most evident advantage of IoT technology is the minimization of the man’s effort, which has brought broad-spectrum ease in the standards and usage of the mobile application.  The mobile app is already an optimized epitome of the “world in the palm’ concept, but with the step-in of Internet of Things technology, it gave way more control over things providing the ease of users simultaneously.

The synchronization of applications like voice navigation and GPS simplified using the smart app, but with the integration of IoT, the control over mobile applications has widened. Complex human activities can be tracked and performed easily, which makes the management task quite seamless.

Businesses of present times are run majorly over the internet; either it is their database, transactions, or the organizational functions, all in all. IoT is providing countless opportunities to firms so they can explore and grow optimally. With the incorporation of the future of mobile apps, IoT has much to offer.

Now you can keep track of the number of connections; the control of disconnecting one or adding more is in your hands. It helps in changing the nature of the relationship to meet the altering requirements of the business. The applications provide the margin of flexibility and scalability for the integration of IoT so you can always develop them more and more to keep with the futuristic up-gradation

Remember than up-gradation is essential, and without them, the app would just lose face in the competitive market. IoT is what backs you up when it comes to up to date enterprise-grade applications for the future.

Usually, when people are using wireless devices or any gadget that offers multiple connections, a concern for security arises. Structured or unstructured data both can be at risk when the transactions, sensitive data is not secure enough. This is the reason IoT mobile applications need to have a higher capability of providing a breach-free connection high security to avoid any hacker from getting into your relationship or system.

As a futuristic concept, developers of IoT-based applications provide a vast spectrum for adding security features that keep the user secure. In turn, your system remains safe from all infringements as well as a slight lapse can end up damaging your company’s reputation and status irreversibly.

With IoT, the reliability of mobile applications has improved up to a great extent. The development has become more progressive and innovative, providing business, especially the online ones, an excellent opportunity to explore without having to worry about minor issues.

Applications with IoT enabled in them, create a convenient and user-friendly functionality. The automation and interpretation of complex human actions help in bringing effectiveness and efficiency in the performance. Not only big firms have been benefiting from this incredible technology, but everyday mobile application users had a better encounter with the same apps they used to use before. With IoT, the entire user-experience has been transformed.

When even the most minor things like an application in your mobile, provide efficient and practical tasks, your productivity improves overall. Getting, even the smallest tasks on time, can make a massive difference in your schedule, which is why IoT has become a trend as it is contributing to the optimisation of everyday activities directly via mobile applications.

Automation is a revolutionary thing that gave the technology a whole new meaning. With IoT-enables mobile applications, brands can boost their equity and profits by reducing overheads. Automation not only cuts the cost of hiring a recruiting but also saves money by eliminating the strolling measures taken to monitor employee’s work. The work becomes smoother and more effective. Applications become more interactive; hence engagement increases.

When it comes to the development of applications itself, the Internet of Things smoothens the process and reduces expenses, significantly making the whole idea more profitable.

Application with IoT enabled in them is not only highly interactive but also provides you the opportunities to customize and personalize, which offers high engagement. With more room for innovation and customization comes creativity; this will open doors for you to scavenge out for breaks.

This feature of IoT has made it highly accessible for businesses that rely majorly on advertisements to make sales. App developers have created a full spectrum through which IoT can make the most straightforward applications into a highly interactive one; hence, increasing user engagement, which helps in retaining potential customers and target marketing.

Marketing depart has been the most benefited from the IoT technology as the increased interfacing has made them reach their customers and the relative proportion of the market more competently and effectively.  This gives them a competitive edge among their peers and benefits them in all kinds of ways for boosting their business.

In present times, IOS and Android apps are widely preferred by people as well as organizations. A developer requires high intuition for developing an app with IoT enabled in it so it can include various other technologies as well for a complete and high-end user-experience and desired outcomes.

The primary reason behind the prevalence of IoT technology is its automation and pristine and precise interfacing. Developers have incorporated this technology in the majority of the business-related applications, which has made marketing and advertising quite useful.

Not only the web developing industry but various other organizations have been jumping on this bandwagon looking forward to getting benefited from the countless advantages IoT has to offer. From highly secure business applications to daily-used applications (healthcare, games, social networking, etc.), IoT has enabled applications to meet the altering technological requirements and provide desired results to users.

The Internet of Things technology has brought a mass wave of technological reforms in the application development industry, which head to various organizations integrating this incredibly beneficial thing in their businesses as well as individuals having a far better experience with their regularly used application for multiple purposes.

Where an application for mobiles was limited in their standard and interfaces, IoT has brought in a futuristic and pristine concept of developing a highly secure and vast connection between your tangible devices so you can remain connected to all of them at the same time; maintaining and controlling their performance.

It sure has optimized the technological world and the area or mobile applications with its high-end features that enabled people to experience better engagement and interaction with technology along with the world outside.