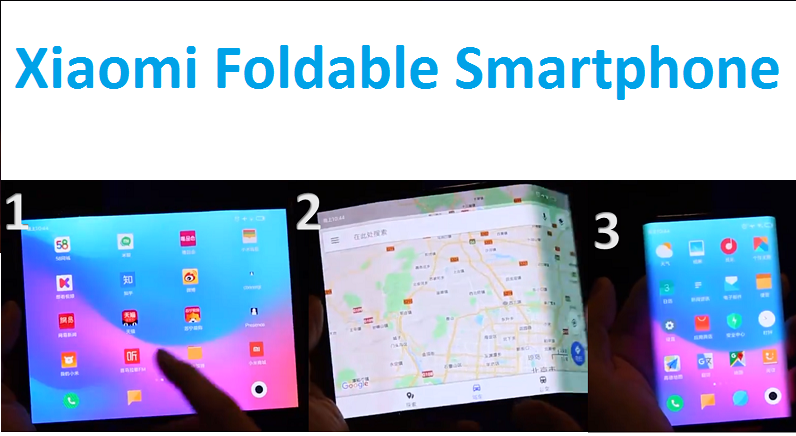 There is a new video that has surfaced of a foldable Xiaomi smartphone, thanks to @evleaks. The video shows this phone can be folded from both sides, and thus a tablet like screen can be turned into a smartphone like screen. If, this video to be believed this it would be the world’s first dual-side foldable smartphone.

While the official announcement of Xiaomi foldable smarthone may take some time. The rumors suggest that Xiaomi both side foldable smartphone said to run MIUI 10, and the screen icon set to the screen size upon change. It is also speculated from rumors in China that this foldable phone might be teased at Xiaomi Redmi event on January 10th as a surprise. We should know more details about the dual-side foldable phone from Xiaomi upon its announcement soon.

This is going to be really interesting because Samsung foldable smartphone has already been unveiled earlier last year at the Samsung Developer Conference in November in San Francisco.

Without a doubt, a folding phone could differentiate it from its competitors and potentially allow company to charge a higher price for the unique foldable phone. We will be eagerly waiting for the foldable smartphone from Xiaomi and Smartphone to be announced soon.