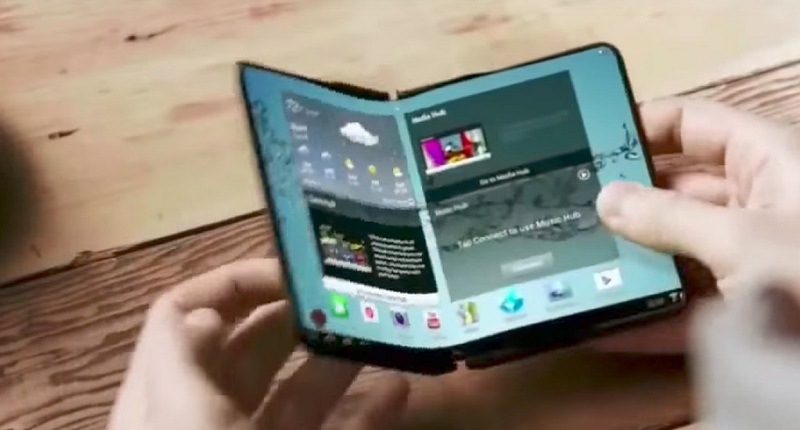 Samsung is set to unveil details on its ambitious foldable smartphone later this year. As, per CEO of the Samsung Electronics mobile division, Koh Dong Jin, speaks during a media event in Seoul, South Korea that such a device was in the works after consumer surveys carried out by Samsung.

Although, he has not revealed any other details on Samsung foldable phone like how the folding screen could work, but confirmed that company is focusing on how to make the unfolded phone different from a tablet. The more details on device is expected to be unveiled this year at the Samsung Developer Conference in November in San Francisco.

“You can use most of the uses on foldable status. But when you need to browse or see something, then you may need to unfold it. But even unfolded, what kind of benefit does that give compared to the tablet? If the unfolded experience is the same as the tablet, why would they (consumers) buy it?”

“So every device, every feature, every innovation should have a meaningful message to our end customer. So when the end customer uses it, (they think) ‘wow, this is the reason Samsung made it’.”

Recently, Samsung mobile division saw sales fall 20 percent year-on-year in the second quarter of 2018. So, certainly company is planning to strengthen its mobile market as it is facing stiff competition from Apple. Without a doubt, a folding phone could differentiate it from its competitors and potentially allow it to charge a higher price for the unique Samsung foldable phone.

Koh also said that the company is planning to change its strategy in the mid-range segment of smartphone by implementing more technology at a lower price bracket with new technology in order to appeal users.