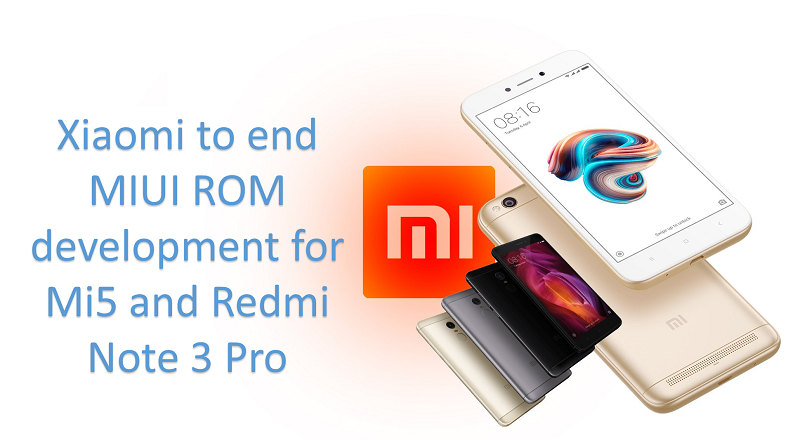 Last year, Xiaomi dropped software support for some devices that were launched in 2015 or before. Now, as per report through post on MIUI China Forum, Xiaomi has confirmed that it has stopped development of global MIUI ROM for Mi 5 and Redmi Note 3 Pro (Redmi Note 3 in India).These devices will also not receive MIUI 11 update.

Xiaomi has decided to drop software support for these smartphones:

Although, the company has not made any such announcement regarding MIUI Global ROM for the above-mentioned devices, stay tuned to our website we will be keeping you updated regarding Global ROM released.

However, for last 4 to 5 years Xiaomi has a very good reputation when it comes to providing the software support to its devices. The company has been frequently providing MIUI update lately and in fact 5-year-old phones including Mi 2/2S are supported for MIUI 9 Global Stable update.