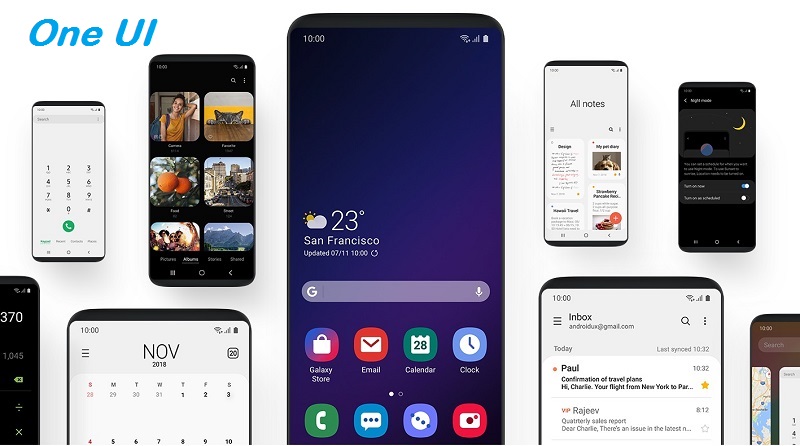 Samsung confirmed that its flagship Galaxy Note9, Galaxy S9 and Galaxy S9+ smartphones will get Android 9.0 (Pie) update in January 2019 at its annual Samsung Developer Conference (SDC) in San Francisco. The company also announced that Android 9.0 One UI Beta will start later this month. The One UI is a complete re imagining of the company’s software principles. With One UI, Samsung has created a user experience that is less cluttered and much easier to navigate with one hand.

The first phase of One UI beta testing will start in the United States, Germany and South Korea. While the second phase of the open beta program includes countries in Europe and Asia. Mainly China, India, France, Poland, Spain and the United Kingdom. The company also added that the beta program may not include the same features as commercially available software. Moreover while undergoing final testing, beta software may include errors or bugs.

“With One UI, users see only what they need, when they need it, so they can stay focused on what matters,” explained .

“With hardware and software working together in harmony, see only what you need, using and viewing your phone with an experience that feels second nature”.

How to become Android One UI beta tester

The feedback from the One UI Beta tester will be used before the firmware’s official release for the public in January 2019, the company said.

Share your views with us on Android p update for Samsung smartphones in the comments section below.