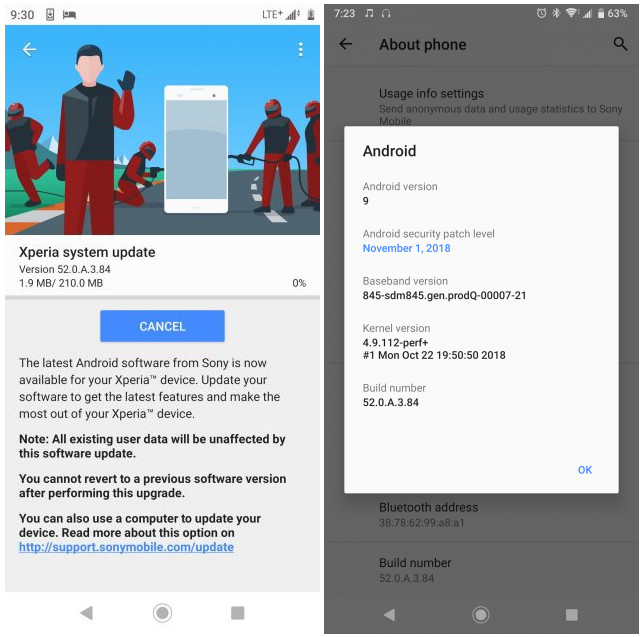 Android Pie is the ninth biggest release of Android, is the successor of the Android Oreo that is currently available in the market. So, this is high time to check out the best Android Pie Features. The latest update brings several improvements such as Adaptive Battery, Adaptive Brightness, Slices, App Actions, Overview and few other improvements in the areas like Notifications. It also brings Sony’s new camera interface, Full HD 960fps slow-motion video support and HDR video image enhancement (X-Reality with HDR converter) along with Selfie camera display flash. But, Sony hasn’t updated the interface with gestures and you will have to rely on navigation buttons.

The update has just started rolling out, so it might take a few days to a couple of weeks for the complete rollout.