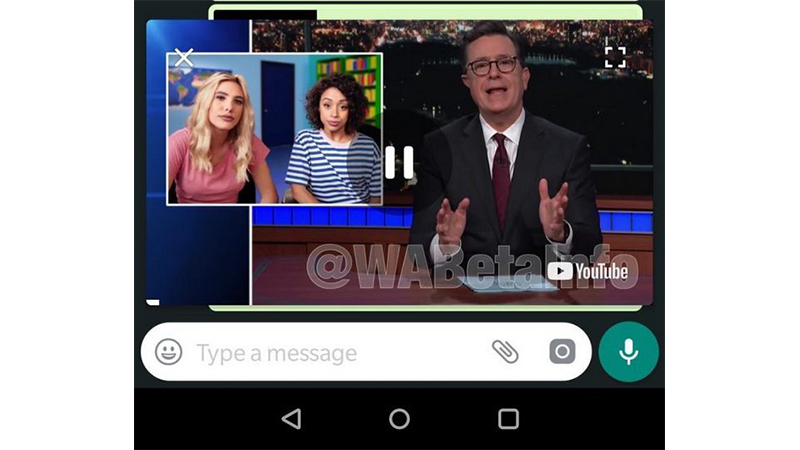 The addition of the Android Oreo last year also brought in a couple of useful features. Among all the features that were introduced, one that really grabbed the attention was the Picture-in-Picture mode which will let the users pull out the current windows to a corner while switching between the apps. It also lets the users move the window from one area to another.

Google has implemented the same feature in a couple of its apps such as the Chrome and Maps. At the same time, it is also available for the third-party developers to implement the same in their apps. Popular apps such as the Netflix have also introduced this feature via one of its recent updates.

The latest third-party app developer which is said to be working on this feature is the WhatsApp. According to a report by WABetaInfo, the messaging app submitted an update recently via ‘Google Play Beta Program’ to bring up the version to 2.18.234. Once the feature is rolled out, it will let the users proceed with their video calls in a minimized screen while browsing through the conversation.

WhatsApp is working very hard for past many months in order to add this feature, adding new improvements in the next updates. After implementing the feature on WhatsApp for iOS, we can finally affirm it will be possible, in the next updates, to view YouTube and Instagram videos in WhatsApp, using the Picture-in-Picture mode.

Anyways, this feature is currently not available for other users due to development reasons and it might need several additional features to be added before it is launched for everyone eventually.

What are your views about the WhatsApp implementing the Picture-In-Picture mode?

Share us your views in the comments section below.