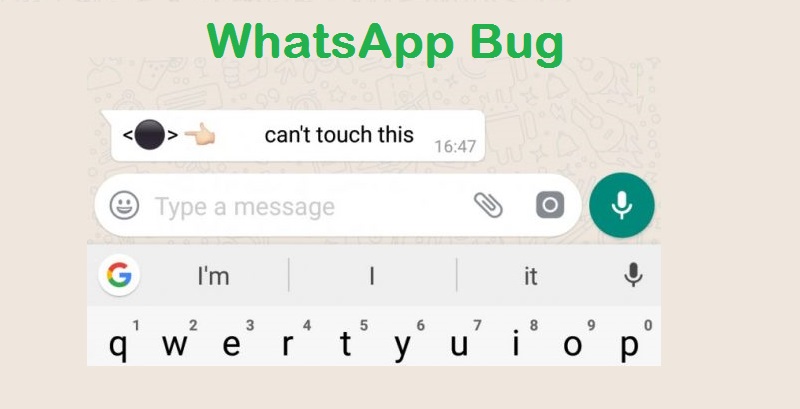 Recently, we have seen a new mysterious bug taking a round in Whatsapp, it really does cause the app to crash. So, first piece of advice is delete it if you get it in your inbox. As just by tapping anywhere on the message if you get; “<> ‘Black Dot’ can’t touch this”, it crashes or freezes the app.

Actually, it’s not a bug, but since there are around two thousand invisible characters in the message. it causes the Android’s text rendering engine to crash especially on old device, when you tap to open it. However, if you have new smartphone with better specification the phone recovers after freezing. So, now you know it is not a bug in Whatsapp but actual issue is related to Android’s text rendering engine.

Although, the current smartphones are able to handle LTR and RTL texts even within same sentences, due to strange combination of characters in this bug, causes Android’s text rendering engine to crash. Since, the sequence of two thousand characters in this bug switches the text’s orientation back and forth repeatedly. The rendering engine fails to handle the string behind the character and thus it crashes the app.

So, at the end of the day this bug is completely harmless and won’t cause any data loss, even your phone is safe. We hope Google will release a fix to address this issue, till then do not tap on suspicious messages.