The ‘Dismiss As Admin’ feature is long overdue and now finally WhatsApp is rolling out this feature for Android beta and iOS Users. The news about this feature came back in January 2018 when WhatsApp was first found testing it. As, the feature name suggest ‘dismiss as admin’, it will let WhatsApp Group administrators to demote other admins as participant. But, still the creators of that group cannot be removed or demoted from the group. 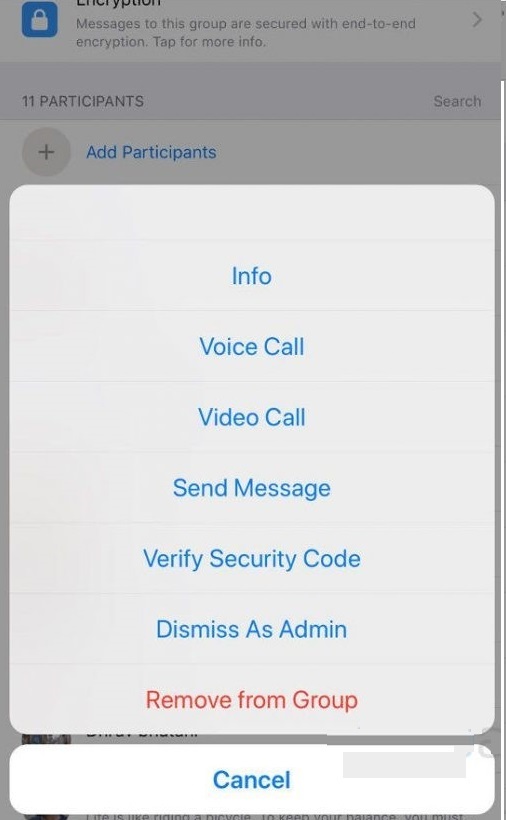 This feature has been currently rolled out for both Android beta and iOS users. The Android users needs to update WhatsApp version to the V2.18.116 Android web update. And, iOS users need to update to Whatsapp version V2.18.41 from AppStore.

The old versions has the feature to remove an admin from the Group, and to do so you need to directly remove person from the group and add him again if he needs to be in the participant list. But, the new feature allows an administrator to dismiss another one without removing him from the Group.

Since, the new is still in beta for Android, it might be a while before it rolls out to all the users. But, if you want you can download the APK from WhatsApp official website and side-load it.

For, iOS users the update has been rolled out for all the users and it is available from the App Store.