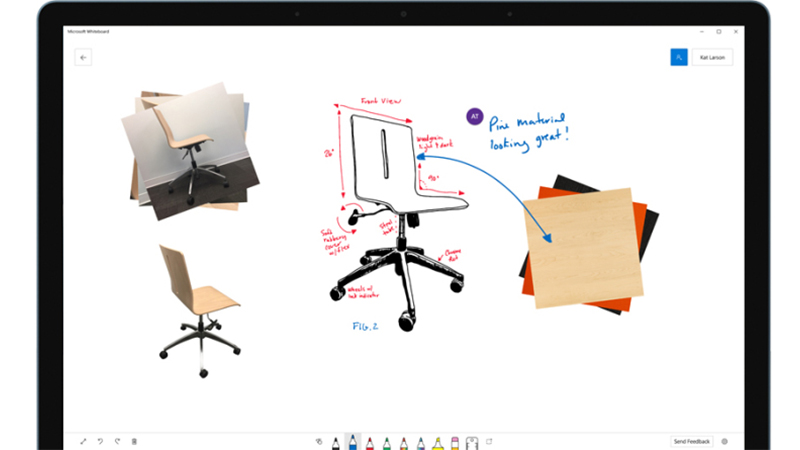 During the announcement of Surface Pro, the Microsoft also used the stage to showcase the preview of its latest Whiteboard app. For those of you who are not aware of this app, it was developed to provide creative and business collaboration across the devices. All these days since the announcement, the app was available only in private beta. The good news now is that it will be available as a public beta for any Windows 10 user.

Whiteboard app is very enthralling. It’s more like digital sibling of the pricey Surface Hub by Microsoft. The app will be available to Windows 10 users over the next 24 hours. It makes use of the pen or swap input to turn objects to standardized shapes to let you develop diagrams, flowcharts, tables and much more. Every single work on this app will be saved automatically to the cloud.

Microsoft has been known for sticking to its traditional methods in the case of features on apps. And it is now interesting to see the company evolving to provide more creative tools. Earlier the tech giant introduced a new version of Paint 3D app for the Windows 10 users which is packed with stunning creative elements.

Microsoft Whiteboard is currently out of its beta stage, but, one must also notice that it is currently only in the preview stage and the final stable version is yet to be rolled. The company is also gathering feedback to improve the app.

There is no word on whether when this Whiteboard app will be available on other platforms such as iOS and Android. But considering the marketing strategy of Microsoft for the past two years, one should not get surprised if the app is released on these mobile platforms very soon.

Share us your views on the Microsoft Whiteboard app in the comments section below.