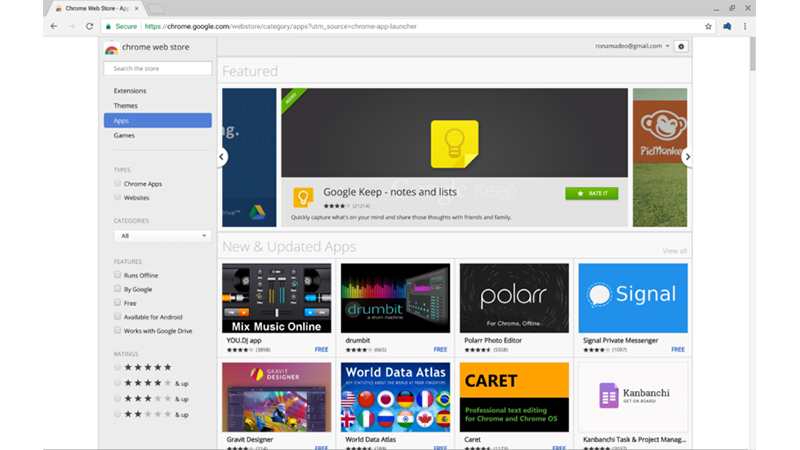 Almost an year ago, the Google had announced that it would kill the Chrome apps. Looks like that time has finally arrived. The search engine company has closed the apps section of the Chrome web store. It means that you can never again install the Chrome apps. The company is also sending emails to the developers regarding the same.

Last year, when the announcement was made, Google cited the less number of users as the main reason behind this decision. Only around 1 percent of the users on the Linux, Mac and Windows platforms were using the Chrome apps actively. Chrome apps were available in two kinds, hosted apps and packaged apps. While the packaged apps were able to run in the background and access the hardware section such as the USB ports, the hosted apps were more like the bookmarks that dealt more with functions such as pinning important web pages.

Please do not get confused the Chrome Apps with the Chrome extensions. They are like the two sides of a coin and the latter will continue to remain on our browsers as it is being used very widely across the world. The company is also working on to introduce the Progressive Web Apps (PWA) which will bring certain app like features to a website.

However, you will still be able to install the Chrome apps by linking with them directly. As of now, only the browsable and search sections are turned off. All the Chrome apps are currently listed as extensions as they are also more like apps technically.

Share us your views on the end of Chrome apps in the comments section below.