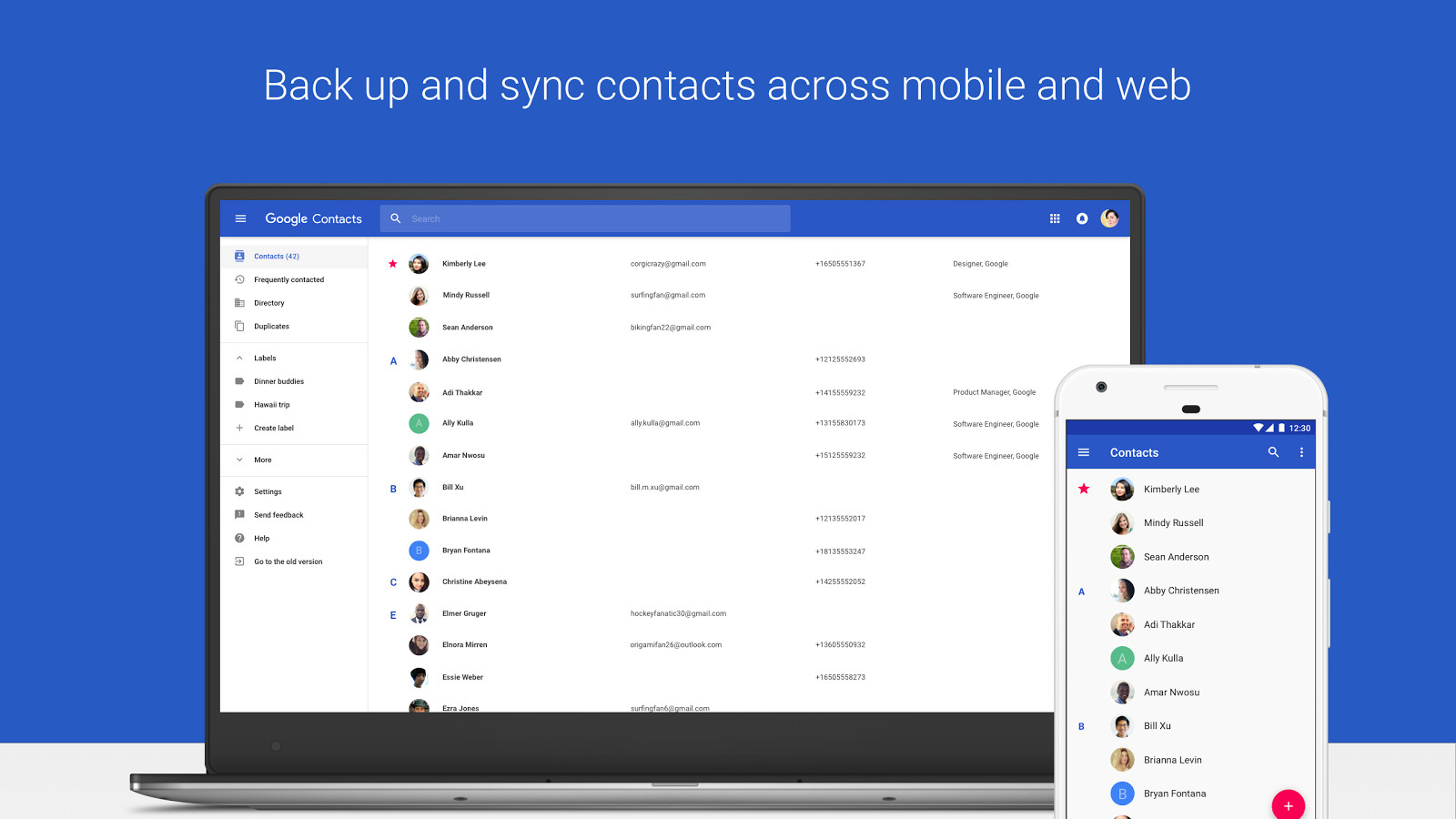 Google updated its Contacts app on Android recently which will bring several new additions to make the users happy. These improvements are aimed at making things easier on the app for the users.

The latest additions include the action button in the contacts which will allow the users to text, call or do other things very easily. The developers have also added the large contact photos. This decision to add the large photos in the first-place was taken due to the feedback from the users. Besides that, the latest update will also let the users to merge all the duplicate contacts.

Also read: Google Assistant can now recognize songs for you

You will also be able to view the G Suite Directory to search and discover information on your colleagues at work. The update also adds another major improvement which will ask you to add the contacts that you usually contact on the Google.

Hereafter, the users will also be able to customize the view of the Contacts in terms of labels you want. Though the company doesn’t really boast this update as a major one, these improvements should increase your user experience at the end of the day.