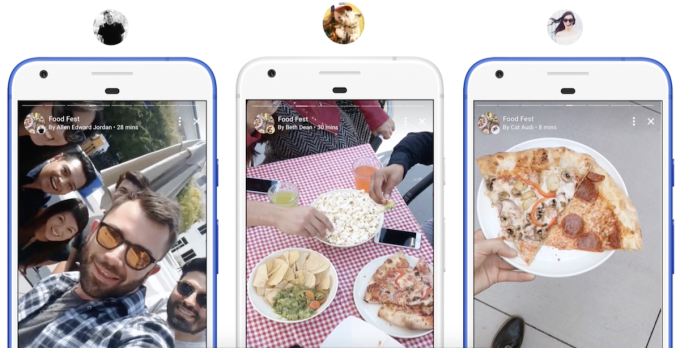 Facebook is upgrading its SnapChat like stories for the groups and events. From today, the users in the largest social networking platform will be able to add a Facebook Story for Groups and Events which will be observable to the rest of the members and will be moderated by the Admins. This will be useful for those of you who are attending meetups, weddings, parties and much more.

In other words, this is more like a collaborative story wherein many people can contribute to the story like a hashtag and only the ones who are involved in the story will be able to view it.

Give multiple people the opportunity to tell a story from multiple different angles.

The users will be able to find these stories on their Groups and Event pages. For those who have the access to view will also have the benefit of posting about it inside the Events and Groups, or even obtain the choice to share them on the Facebook Stories sheet.

On the other hand, the company is also said to bring the Facebook stories for its Facebook Lite app.

As of now, the new Facebook stories will abide by the rules established by the admins for the standard wall posts. By joining the Groups and Events, the Facebook has gone a step ahead in the world of stories and it also give a message that the tech-giant is very serious about the Stories feature.

A lot of experiments has been going on in the Facebook for the stories and this new introduction is one of them. However, it will be interesting to see how other companies such as the SnapChat will make moves hereafter to compete with the Facebook.